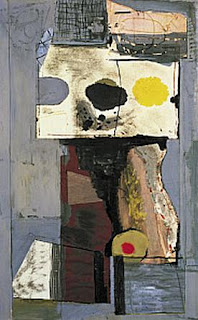 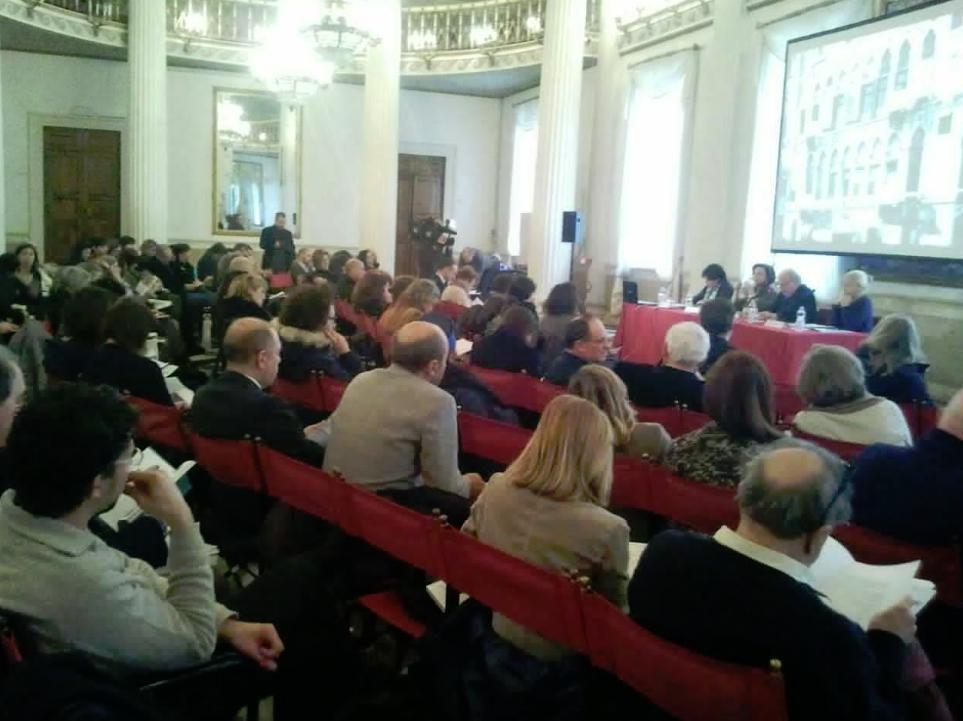 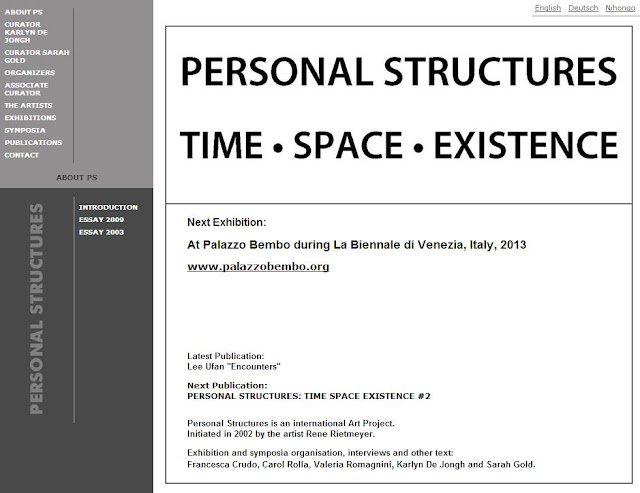 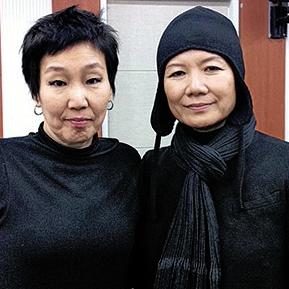 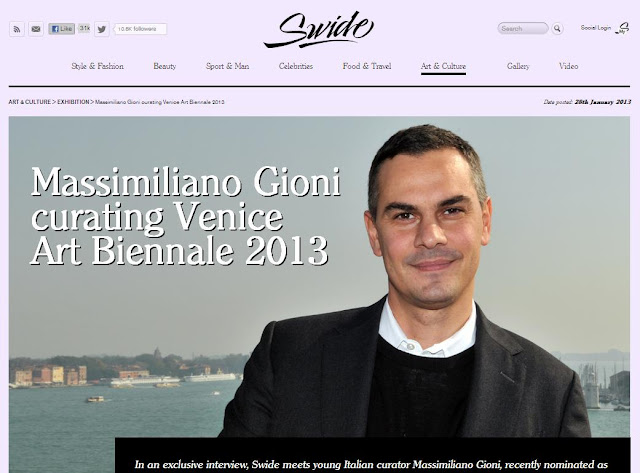 #EXHIBITION
Massimiliano Gioni, born in Busto Arsizio (Lombardy, Italy) in 1973, has an extensive career as a contemporary art curator: Artistic Director of Fondazione Nicola Trussardi in Milan since 2003 and Associate Director of the New Museum of Contemporary Art in New York since 2007, has been recently nominated Director of the 55th International Art Exhibition in Venice titled Il Palazzo Enciclopedico will take place in Venice from June, 1st to November, 24th 2013 at the Giardini and at the Arsenale as well as in various venues the city.

What does being a curator exactly mean? What is the most difficult thing about being one?

Ethimologically it mean “the one who takes care” of artworks. Simple as it is, as a definition it works very well: to take care of an artwork, to pick it, to display it in the best way and to relate it to others in order to create a dialogue, are the most simple aspects of this job and yet the most important ones.

When did you understand you wanted to be a curator?

Actually the word curator wasn’t used a lot when I starter to get into contemporary art – at around 14 years old. Then people talked about art critics, not curators.

... all on  Swide
Pubblicato da Domenico Olivero a 20:01 Nessun commento:

Impressioni sull'intervista a Gioni per Sette 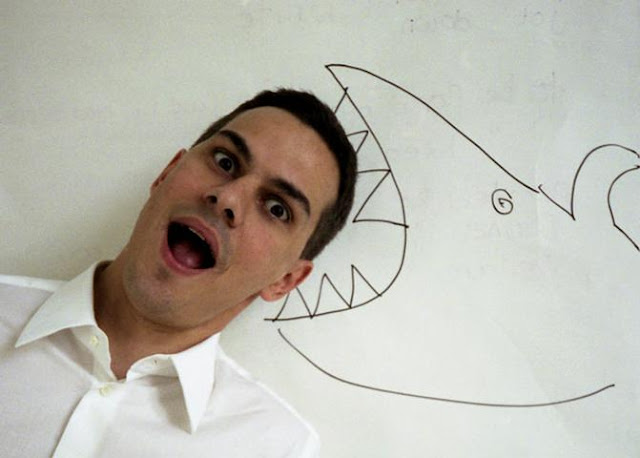 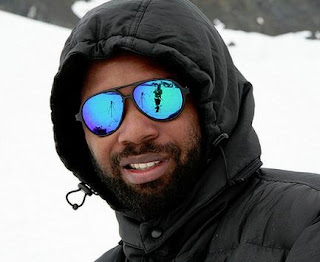 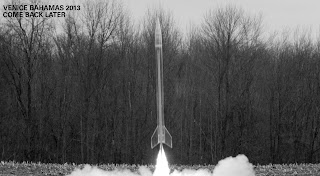 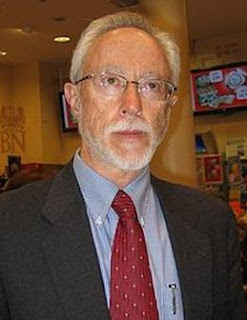 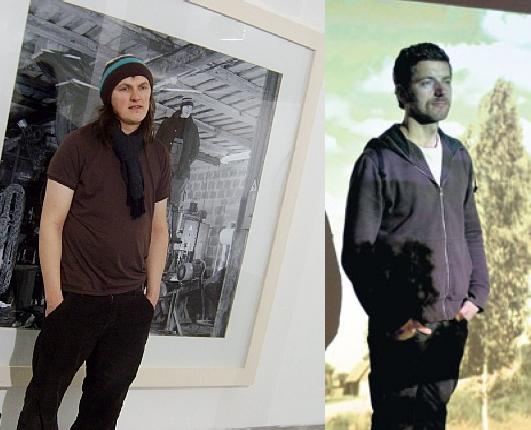 
Comunicato stampa
Commissioners Zane Čulkstēna and Zane Onckule are delighted to announce that the artists Kaspars Podnieks and Krišs Salmanis will represent Latvia at the 55th Venice Biennale. The project will be co-curated by Anne Barlow, Director, and Courtenay Finn, Curator, of Art in General, New York, and independent curator and art historian Alise Tīfentāle on behalf of kim?, Riga, Latvia. The Biennale exhibition, titled North by North-East, presents a new site-specific work that explores the artists’ relationship to the natural and ever-shifting man-made world—including perceived borders and centers in Europe—and that investigate the concepts and conditions of identity, uncertainty, and the ‘in-between.’
A New York press conference will be held with the participating artists and representatives from Art in General and kim? on March 5, 2013, during Armory Week. The Biennale collaboration heralds one of several new partnerships between Art in General and organizations in Latvia, Lithuania, Romania and Egypt, among others, that will support the commissioning of new work and international exchange throughout 2013.
Kaspars Podnieks (b. 1980) has been participating in exhibitions since 1998. His work encompasses photography, video, installations, and environmental objects. His most recent group exhibitions include Generation of the Place: Image, Memory and Fictions in Baltics (2012) in Kaunas, Lithuania;Preview Berlin (2011) in Berlin; Life in the Forest (2011) in Bialystok, Poland, and solo exhibitions Unusual Place (2010) and Communicating Vessels (2011) at kim? Contemporary Art Centre in Riga, Latvia. Since 2005 Kaspars Podnieks has taken part in social and political activities in his home village Drusti—being a deputy of Drusti Council (since 2005), a Drusti Council chairman’s legal representative (since 2007) and a deputy of Rauna’s region (since 2010).
Krišs Salmanis (b. 1977) works with photography, video, installations, animation and graphics and has participated in exhibitions internationally since 1996. His latest solo exhibitions include Light (2012) in CAC Vilnius, Lithuania; The Fragility of Trust (2012) at gallery Alma in Riga, Latvia; The Earth may be spinning around the Sun, but the World is turning around me (2011) Raum linksrechts in Hamburg, Germany; andMoving Landscape (2011) at Galerie fűr Gegenwartskunst in Bremen, Germany. Since 2008 Krišs Salmanis has contributed articles on contemporary art processes for the visual arts magazine Studija and contributes to other daily press on a regular basis.
kim? Contemporary Art Centre (Riga, Latvia)kim? Contemporary Art Centre resides in a red 19th-century brick warehouse located near the Riga Central Market. The name of kim? is no less than an abbreviation of an insistent question “what is art?” (“kas ir māksla?” in Latvian). Founded in 2009, the organization offers a certain range of activities including exhibitions, lectures, talks, a public library, publications and other events related to recent art, theory and social issues introduced by the means of a local and international body of ideas, beliefs and individuals. kim?supports the development of emerging artists, theoreticians, curators, philosophers and others, aiming to provide a responsive context to their work and to make  those critical practices accessible to a wider audience.
www.kim.lv
Art in General (NY, USA)Art in General is a nonprofit art organization based in New York City. Founded as an artist-run space in 1981, it has since supported and curated hundreds of artists’ projects through solo and group exhibitions, international residency programs and the production of new work.  Its current programmatic focus is the commissioning of major new projects by local and international artists, collaborations with dynamic international art organizations, and the creation of new discourse through talks, publications, and What Now?, an annual international symposium around critical topics in the field.
www.artingeneral.org
Pubblicato da Domenico Olivero a 10:40 Nessun commento: 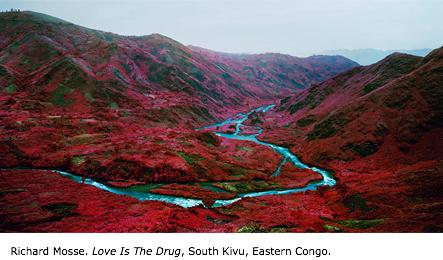 Il progetto di Richard Mosse per la prossima Biennale di Venezia si intitolerà The Enclave, ospitato presso il Fondaco Marcello, ecco qui sotto il comunicato ufficiale:
Richard Mosse will represent Ireland with The Enclave, a major new multi-media installation at the 55th International Art Exhibition – La Biennale di Venezia. The Commissioner and Curator is Anna O’Sullivan, Director of the Butler Gallery, Kilkenny, Ireland. Ireland at Venice is an initiative of Culture Ireland and the Arts Council/An Chomhairle Ealaíon.
Mosse’s practice resides at the interface between documentary journalism and contemporary art. For centuries, the Congo has compelled and defied the Western imagination. Richard Mosse brings to this subject the use of a discontinued military surveillance technology, a type of color infrared film called Kodak Aerochrome. Originally developed for camouflage detection, this aerial reconnaissance film registers an invisible spectrum of infrared light, rendering the green landscape in vivid hues of lavender, crimson, and hot pink.
Infrared film found civilian uses among cartographers, agronomists, minerologists, and archaeologists to reveal subtle changes in the landscape. In the late 1960s, the medium was appropriated in artwork for rock musicians like the Grateful Dead or Jimi Hendrix, trickling into the popular imagination as the palette of psychedelic experience, eventually accumulating the aesthetic of kitsch.
With the collaboration of cinematographer Trevor Tweeten, composer Ben Frost, and film editor Melody London, Mosse has created a highly immersive five-screen multimedia installation titled The Enclave.
The Enclave is a mythic conflation of many discrete rebel enclaves in Eastern Congo. During a period of two years, Mosse, Tweeten, and Frost, inserted themselves as journalists within armed groups, which fight nomadically in a war zone plagued by frequent ambushes, massacres and systematic sexual violence. Film, photography, and sound recorded during these trips have been used in the production of the Venice project. Film, photography, and sound recorded during these trips have been used in the production of the Venice project.
“I am beginning to perceive this vicious loop,” Mosse writes from Goma, “of subject and object. The camera provokes an involuntary unraveling, a mutual hijack of authorship and autonomy.” Neither scripted nor directed, Congolese rebels return the gaze of Mosse’s camera in a distinctly confrontational and accusatory manner. The camera seems to mesmerize and provoke everyone it encounters in The Enclave. This precarious face-off reveals an ambiguous defiance, vulnerability, and indictment.
About the artist
Richard Mosse’s (b. 1980, Ireland) work has been exhibited at the Akademie der Künste, Berlin; Barbican Art Gallery, London; Bass Museum, Miami; Centre Culturel Irlandais, Paris; Kemper Museum of Contemporary Art, Kansas City; Kunsthaus Munich; Musée des beaux-arts de Montréal; Museum of Contemporary Art Chicago; Open Eye Liverpool; and the San Francisco Museum of Modern Art (SFMOMA). Mosse is the recipient of a Guggenheim Fellowship, a Leonore Annenberg Fellowship in the Performing and Visual Arts and a Visual Arts Bursary from the Irish Arts Council. He was recently a resident at the Künstlerhaus Bethanien, Berlin. Mosse holds an MFA in photography from Yale University and a postgraduate diploma in fine art from Goldsmiths College, London. He also holds a first-class BA in English literature from King’s College London and an MA in cultural studies from the London Consortium (ICA, AA, Tate, Birkbeck). Aperture Foundation and Pulitzer Center on Crisis Reporting co-published his first monograph, Infra. Mosse is represented by Jack Shainman Gallery, New York.


A new publication titled The Enclave, with an essay by Jason Stearns, will be published by Aperture Foundation to coincide with this exhibition.
www.irelandvenice.ie
www.richardmosse.com
Pubblicato da Domenico Olivero a 10:20 Nessun commento: 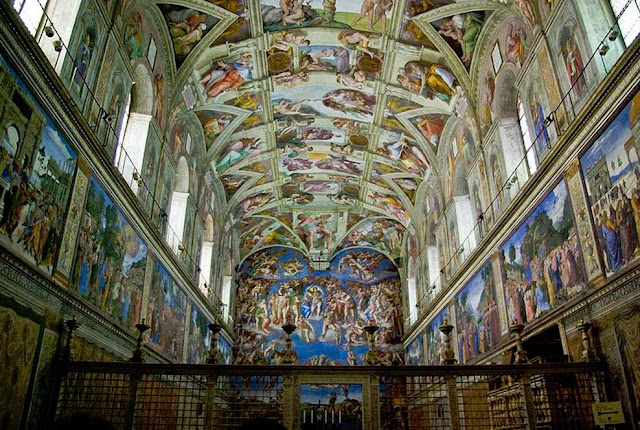 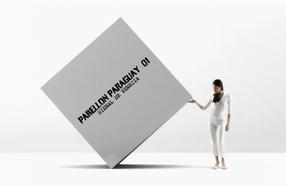 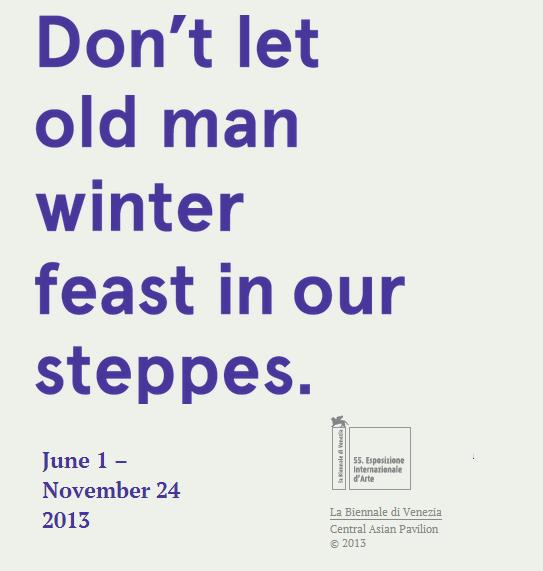 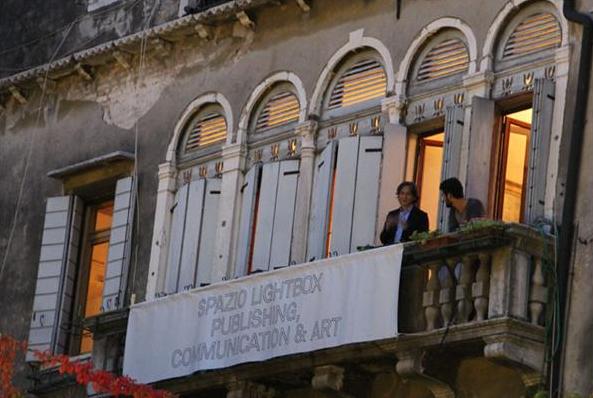 Lightbox Publishing offers hands-on internships for college students and recent graduates. Our internship program provides the opportunity to learn about the operations of a communication and pr company specialized in contemporary art and to work alongside My Art Guides editorial staff on some of the most exciting international contemporary art exhibitions and events.
Requested skills
- Excellent command of written and spoken English. Knowledge of other languages would be an asset;
- Good knowledge in contemporary art;
- Excellent communication skills
- Strong writing skills;
- Ability to work and function in a creative and flexible environment;
- Attention to detail, good communication and interpersonal skills required;
- Ability to multi-task and work independently;
- Proficiency in Internet research and social networks;
Internship period
All interns work on a volunteer basis for a full semester with a schedule determined by the Intern Supervisor. Only for 2013 the internship period will be from the 1st of March to the 10th of September.  The internship will be a good opportunity to live the exiting experience of the Venice Biennale.
Housing
Lightbox doesn’t provide housing. Upon request, we can provide accepted applicants with a list of residences, dormitories, and rooms for rent in Venice.
How to apply
All applications must include:
1. Cover letter
Explain your interest in working in the editorial field and the contemporary art world.
2. Resume
Include your CV specifying computer and language skills.
3. Writing sample
Include two to five journalistic articles demonstrating your writing ability.
Please send the above requested materials to press@light-box.it
Deadline for applications: 10th of February 2013.
Include “My Art Guides Inernship” in the subject line.
Due to the high number of applications we receive, we can only contact shortlisted applicants. 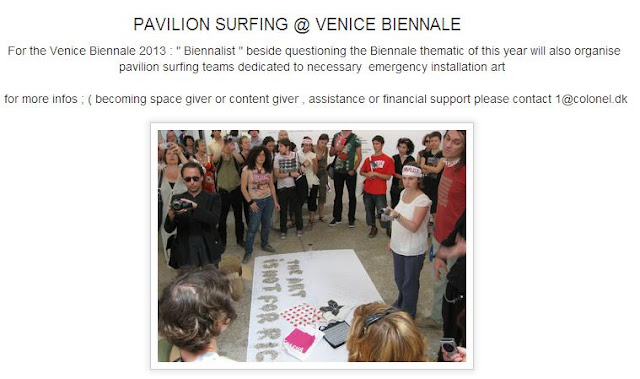 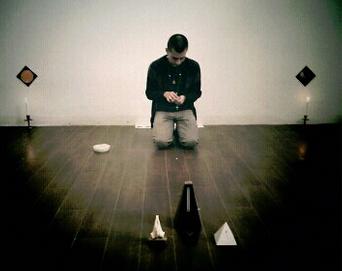 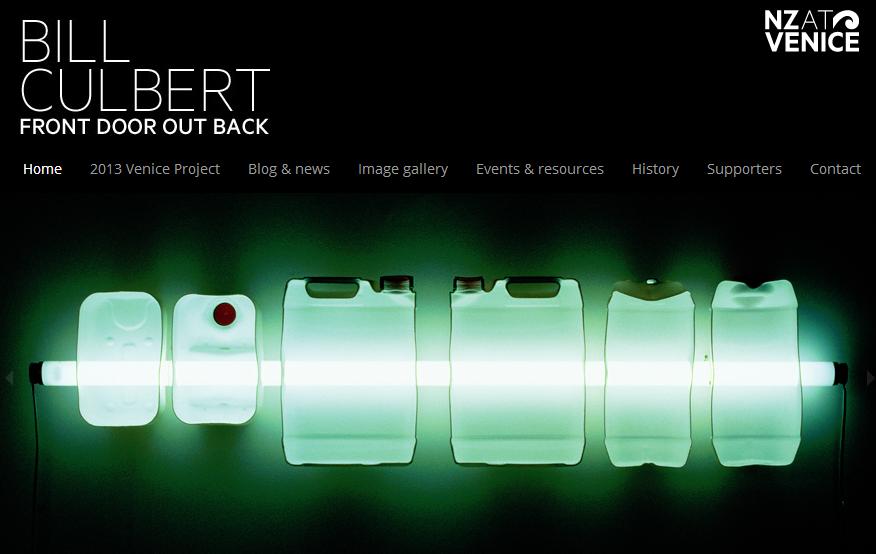