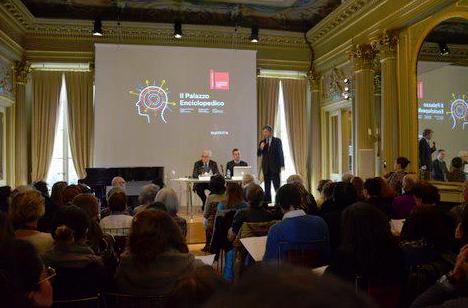 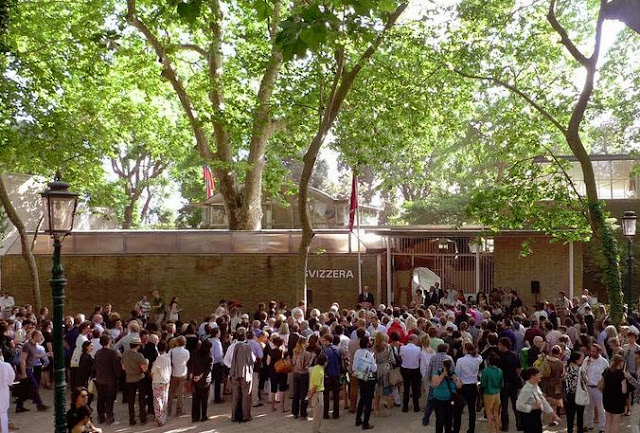 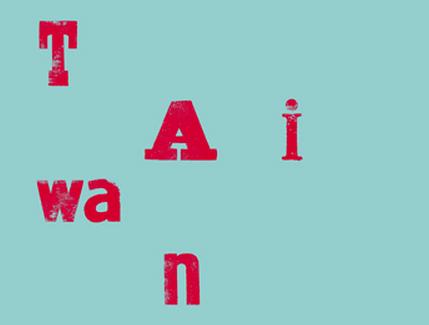 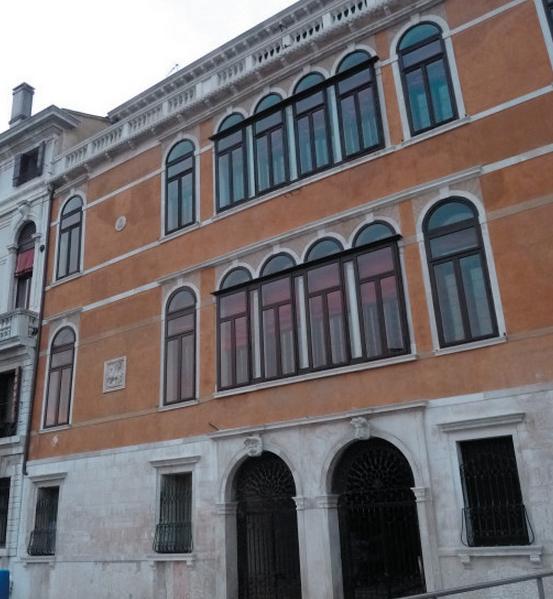 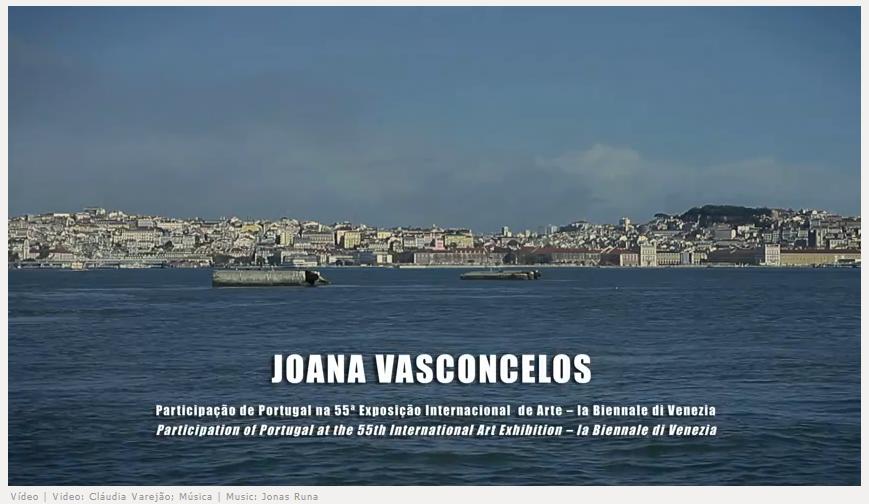 l'artista Joana Vasconcelos per la partecipazione del Portogallo alla Mostra Internazionale d'Arte 55 - la Biennale di Venezia,  in collaborazione col curatore Miguel Amado, presenterà il progetto "Trafaria Praia".
Un lavoro che trasformerà un vecchio traghetto di Lisbona in un suggestivo padiglione galleggiante.
Ecco alcune informazioni sul progetto:
Project
The Trafaria Praia project addresses the commonalities between Lisbon and Venice, cities that both historically played roles in broadening the European worldview during the Middle Ages and the Renaissance.It looks at the contact zone between them today by considering three aspects they share: water, navigation, and the vessel. Vasconcelos sets up an allegorical correspondence between the cacilheiro, or Lisbon ferryboat, and the Venetian vaporetto. In Lisbon, the cacilheiros are a familiar sight on the River Tagus, carrying commuters to the city. They have blue-collar and middle-class associations, and thus have become politically charged social symbols.


Floating Pavilion
Portugal does not have a pavilion in the Giardini, so, rather than seeking a venue elsewhere in Venice, Vasconcelos and Amado decided to bring to Venice a cacilheiro, the Trafaria Praia, and present it as a floating pavilion. It is intended as an idealistic gesture—a metaphorical circumvention of the power struggles that mark international relations today. The Trafaria Praia will be moored next to the Giardini’s vaporetto stop and will sail around the Venice lagoon at regular intervals daily.


Artwork
The ship has undergone major transformations. Vasconcelos is covering its outside with a panel of Portuguese azulejos (hand-painted, tin-glazed ceramic tiles) that reproduces a contemporary view of Lisbon’s skyline. This work takes its inspiration from an azulejos masterpiece, the Great Panorama of Lisbon, which depicts the city before the earthquake of 1755. On its deck, the artist is creating one of her signature-style environments of textiles and light—in this case, organic forms made of crocheted fabrics and LEDs—that will envelop visitors in a womb-like atmosphere. On its quarterdeck, she is installing a stage in which various Portuguese art-related public programmes will take place.


Joana Vasconcelos
Vasconcelos is a commentator on the real. She investigates the present through a critical reading of Western mythologies and iconographies. She explores mainstream values, habits, and customs in order to examine personal and collective identity with respect to gender, class, and nationality. Her practice involves appropriating everyday objects and meticulously re-elaborating them, often calling upon artisanal techniques affiliated with female labor and employing craft-related materials such as textiles. In the process, she assigns new meanings to the items she transforms, reflecting on the tensions between high and popular culture, the private and public spheres, the local and the global, tradition and modernity. 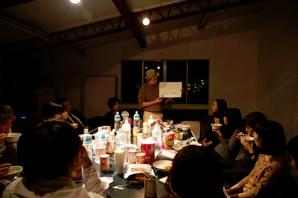 un recente intervento dell'artista
The Japan Foundation is proud to announce the artist and curator selected to represent Japan at the 55th International Art Exhibition of the Venice Biennale, opening on 11 June 2013. We will issue updates as the project develops.
Koki Tanaka - About the Artist
Born in 1975; currently lives and works in Los Angeles. In his diverse art practice spanning video, photography, site-specific installation, and interventional projects, Koki Tanaka visualizes and reveals the multiple contexts latent in the most simple of everyday acts. In his recent projects he documents the behavior unconsciously exhibited by people confronting unusual situations, e.g. a haircut given by nine hair stylists or a piano played by five pianists simultaneously, in an attempt to show an alternative side to things that we usually overlook in everyday living.


He has shown widely in and outside Japan: the Mori Art Museum (Tokyo), the Palais de Tokyo (Paris), the Taipei Biennial 2006 (Taipei), the Gwangju Biennial 2008 (Gwangju), the Asia Society (New York), the Yokohama Triennale 2011 (Yokohama), the Witte de With (Rotterdam) and the Yerba Buena Center for the Arts (San Francisco). He is currently showing in Made in L.A. at the Hammer Museum, Los Angeles (summer 2012).
Artist’s website: www.kktnk.com

For example, each of us has within ourselves a problem. This problem is our own particular problem, and rarely does it converge with the problems of others. Problems always bring with them pain, and this pain, too, is something we cannot share with others. Things like sympathy and empathy only strengthen the boundary between those who are experiencing pain and those who are not. The vector of sympathy always travels from those who are not experiencing pain towards those who are. It cannot travel in the opposite direction. This is why we should probably explore engagement not through sympathy but through some other means.
More than a year has passed since the earthquake and tsunami, yet many problems, including the disposal of the rubble, temporary housing, and the nuclear problem, continue. In the wake of the disaster, a large number of artists as well as architects, musicians, filmmakers and so on traveled to the affected areas to undertake volunteer work, initiating actions that reflected their own creative activities. These were not short-lived responses; rather, they are ongoing. At the Japan Pavilion at this year's Venice Architecture Biennale, too, one such project will be unveiled. In the first few months after the disaster, the question on the lips of many Japanese artists was, "What can art do in response to this event?" And to this day, I think this question still lingers in the minds of many artists. While some have initiated direct actions, others have tried to respond indirectly by continuing to make art as they did before.
Well then, what exactly can I do? Actually, for me the question is rather one of thinking about what changes have occurred as a result of this event. One example is that there has arisen a social context marked by a strong willingness to share, a context that has likely not existed in Japan to date. When we look at Japanese society in terms of this context, even the most casual of actions have a completely different meaning depending on whether they occurred before or after that day. For example, on occasion we use stairs. Instead of an elevator or escalator, we use stairs. Until now we could have explained this by saying it was for our health or for the environment. But in today's Japan, it would seem that the act of "simply ascending or descending stairs" can be interpreted differently. By this I mean it might reflect an attitude of not wanting to rely on electricity (in other words, nuclear power plants), although of course this may not necessarily be the intention of the individuals concerned. When I saw large numbers of people descending the stairs at a railway station in Tokyo, it looked to me like a demonstration of some kind. Not initiating new action, but re-examining, educing, and reinterpreting the context of the actions we have undertaken to date. By doing this, it should be possible to broadly generalize particular problems in specific regions, making it impossible for anyone to ignore them.
Koki Tanaka

Having experienced the Great East Japan Earthquake, a disaster on an unprecedented scale, what message should Japan be sending to the world? Regardless of what form the artwork in the Japan Pavilion at the 55th Venice Biennale takes, this is a question that cannot be avoided.
Under this year's plan, we will address through the video works and installations of artist Koki Tanaka the theme, "How is it possible to take on the experiences of others as one's own?"
Both the artist, Tanaka, and the curator, myself, have experienced the disaster partially through power cuts, damage caused by radiation, and so on. As for the awful experiences of people who lost close relatives, whose houses were destroyed, or who had to leave their sphere of life due to the nuclear accident, the only means we can find of accessing these are to harness our powers of imagination and to not forget.
Having said that, however, might it not be possible to explore the possibility of people who have experienced this disaster, regardless of the scale or depth of that experience, as well as people living in countries or regions far removed from the disaster – a category that probably includes most of the visitors to the Biennale – and even people of future generations separated from it by time (and perhaps not only this disaster, but the wars and other calamities that will no doubt occur in the future) sharing their experiences in some form or another?
This year's plan was devised in the hope of turning the Pavilion into a platform for sharing these experiences. The outline is as follows.


(1) A number of exercises will be set up making reference either directly or indirectly to various aspects of the disaster.
(2) Groups made up of several people will be requested to tackle these exercises, with their cooperative efforts documented in ten or so video works.
Examples of exercises and groups:
• Descend the emergency stairs of a high-rise building together while making as little noise as possible (office workers).
• Discuss what you would be doing if you had not taken on your current occupation (people involved in the electricity industry).
• Reconstruct a single piece of china using the shards of several broken ones (conservators).
(3) The venue will consist of separate booths designed by a group of architecture professionals using only designated materials (blankets, sheets of aluminum, lumber) in which these videos will be presented. 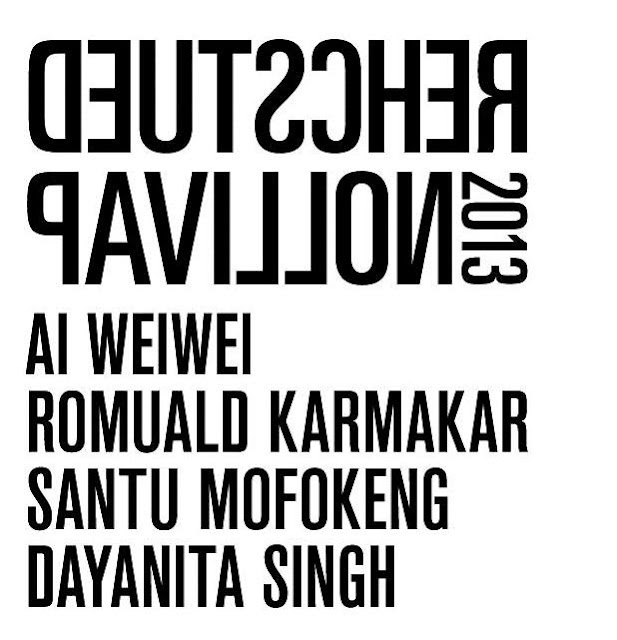 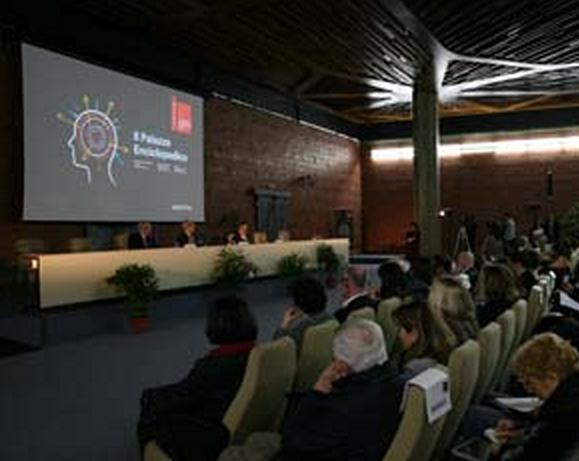