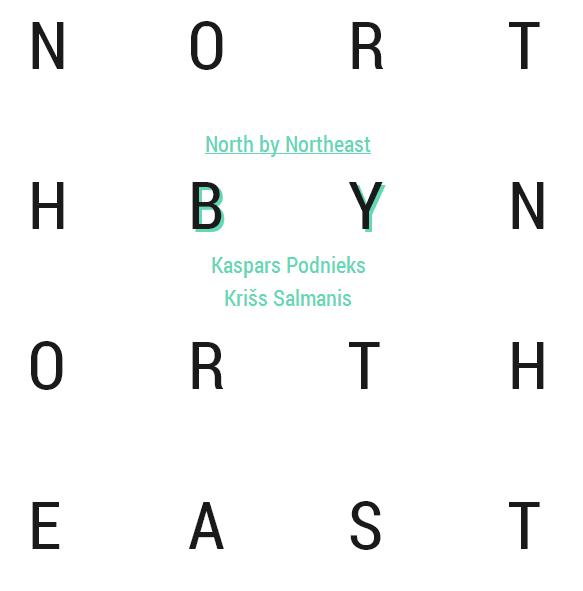 Kaspars Podnieks (b.1980) has been participating in exhibitions since 1998. His work encompasses photography, video, installations, and environmental objects. Latest group exhibitions include – Generation of the Place: Image, Memory and Fictions in Baltics (2012) in Kaunas, Lithuania; Preview Berlin (2011) in Berlin, Germany; Life in the Forest (2011) in Bialystok, Poland and solo exhibitions – Unusual Place (2010) and Communicating Vessels (2011) at kim? Contemporary Art Centre in Riga, Latvia. Since 2005 Kaspars Podnieks has taken part in social and political activities in his home village Drusti – being a deputy of Drusti Council (since 2005), a Drusti Council chairman’s legal representative (since 2007) and a deputy of Rauna’s region (since 2010).

Krišs Salmanis (b.1977) is working within fields of photography, video, installations, animation and graphics and has been participating in exhibitions internationally since 1996. Latest solo exhibitions include – Light (2012) in CAC Vilnius, Lithuania; The Fragility of Trust (2012) at gallery Alma in Riga, Latvia; The Earth may be spinning around the Sun, but the World is turning around me (2011) Raum linksrechts in Hamburg, Germany; Moving Landscape (2011) at Galerie f?r Gegenwartskunst in Bremen, Germany. Since 2008 Krišs Salmanis has written articles on contemporary art processes for the visual arts magazine Studija and contributes to other daily press on a regular basis.

kim? Contemporary Art Centre (Riga, Latvia) founded in 2009 offers a certain range of activities including exhibitions, lectures, talks, public library, publications and other events related to recent art, theory and social issues introduced by the means of a local and international corpus of ideas, beliefs and individuals. kim? supports the development of emerging artists, theoreticians, curators, philosophers and others aiming to provide a responsive context to their work and to make those critical practices accessible to a wider audience.

Art in General (NY, USA) is a nonprofit art organization based in New York. Founded as an artist-run space in 1981, it has since supported hundreds of artists through group exhibitions, international residency programs and the production of new work. Its current programmatic focus is the commissioning of major new projects by local and international artists, national and international collaborations with other non-profit organizations, and the creation of new discourse through What Now?, an annual international symposium around critical topics in the field.