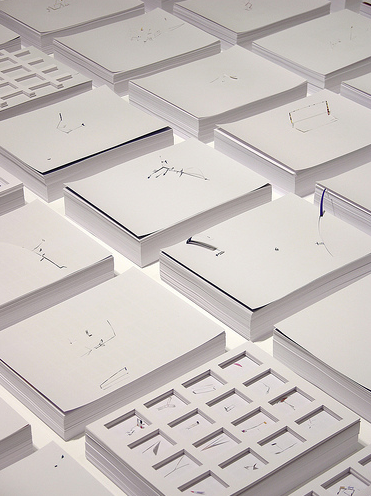 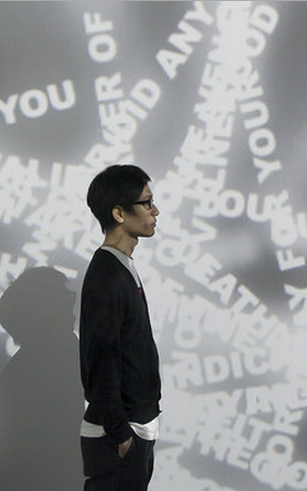 The Hong Kong Arts Development Council (ADC) and M+, Hong Kong’s future museum for 20th and 21st century visual culture in the West Kowloon Cultural District, announced today that Mr Tsang Kin-Wah has been selected as Hong Kong’s submission to participate in the 56th International Art Exhibition of the Venice Biennale from 9 May to 22 November 2015.The selection was made by M+, and endorsed by collaborating partner ADC’s 56th Venice Art Biennale Working Group. The renewed collaboration between M+ and ADC follows on from the successful presentation of Mr Lee Kit in the 55th edition of Venice Art Biennale in 2013. The M+ curatorial team will consist of Mr Doryun Chong, Chief Curator, and Ms Stella Fong, Curator, Learning and Interpretation, with M+ Executive Director Dr Lars Nittve as Consulting Curator.Two positions of assistant curator and curatorial assistant will be created specifically for this project, fostering and developing local expertise by providing an opportunity to work with the M+ team over an extended period. Up to thirteen interns will be recruited locally and given the chance to assist with the exhibition and experience the Venice Biennale. Once again, to supplement the presentation in Venice, M+ will present a series of public programmes in Hong Kong, building on the activities successfully developed for 2013.In 2016, a response exhibition will be mounted in Hong Kong which will feature a comprehensive learning and outreach programme.Commenting on the selection, Dr Lars Nittve, M+ Executive Director said, “We are thrilled to work with Mr Tsang Kin-Wah, a Hong Kong artist who has developed a mature artistic language that at once is deeply personal and has the capacity to communicate universally. His work wonderfully represents the quickly maturing contemporary art scene of Hong Kong.”Mr Chow Yung-Ping, Chief Executive of ADC said, “We are pleased to collaborate with M+ again to deliver an exhibition by a talented Hong Kong artist. The Venice Art Biennale provides a unique platform to present the excellence of Hong Kong contemporary art to overseas audiences and participation in fact gives a tremendous boost to the city.”Mr Tsang Kin-Wah said, “I am delighted to have been selected to represent Hong Kong in the Venice Biennale. I would like to thank M+ and the Hong Kong Arts Development Council for their support and endorsement.”Born in 1976, Guangdong Province, Mr Tsang Kin-Wah lives and works in Hong Kong. He studied fine art at the Chinese University of Hong Kong, and studied book art at the Camberwell College of Arts in London. His work is well known and critically acclaimed for its innovative use of text and language, which are manipulated using computer technology to create immersive artworks. The artist has exhibited globally with solo shows at the Mori Art Museum in Tokyo (2011), Chinese Arts Centre, Manchester, United Kingdom (2008), and group exhibitions at the National Taiwan Museum of Art (2011), Leeum, Samsung Museum of Art in Seoul (2010), Museum of Contemporary Art, Shanghai (2008) and Kiasma Museum of Contemporary Art, Helsinki, Finland (2008), among others. His work was also showcased in M+’s second public exhibition of Hong Kong artists Mobile M+: Yau Ma Tei, in 2012. He is currently exhibiting Landscape: The Virtual, The Actual, The Possible at the Guangdong Times Museum. His work is held in several important private and public collections including the Hong Kong Museum of Art and the Mori Art Museum in Tokyo.
Pubblicato da Domenico Olivero a 20:06 Nessun commento: Link a questo post 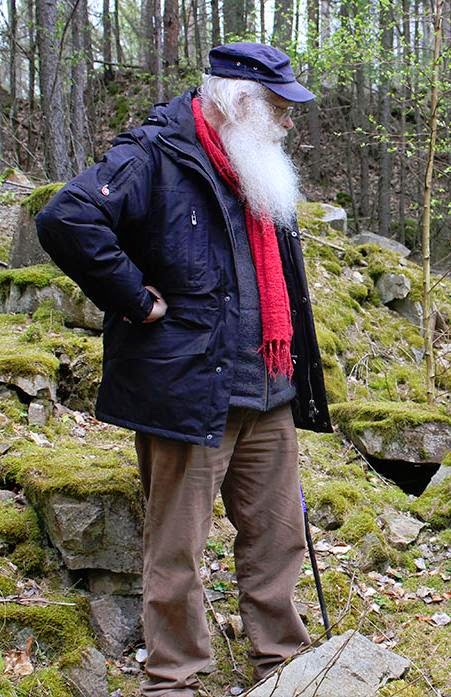 Mondriaan Fund has announced that the presentation ‘to be all ways to be’ by visual artist herman de vries (1931) and curators Colin Huizing (1965) and Cees de Boer (1955) will be the Dutch entry for the 56th edition of the Venice Biennale, which is to take place in 2015. Mondriaan Fund is following the advice of a jury, which selected the herman de vries and Huizing and De Boer duo’s plan from five proposals.

They selected the presentation developed by herman de vries, Colin Huizing and Cees de Boer because of the artist’s quality and oeuvre and the relevance of the proposal. The Rietveld Pavilion will be filled with three-dimensional installations, including new work to be produced by de vries on deserted and overgrown islands in the Venetian Lagoon. de vries considers nature to be the ultimate reality model and his goal is to demonstrate its immanent-poetical quality.

The jury was fascinated by de vries’ engagement and is of the opinion that, in all its austerity and terseness, it will be a powerful, believable, intimate and topical presentation within the biennale spectacle. de vries himself considers this to be a unique opportunity to make his statement on a prominent international platform.

The relationship between man, culture and nature is increasingly becoming a subject of (artistic) research within the visual arts - a theme on which de vries has been working for decades. For more than 60 years now he has been developing a highly versatile oeuvre in which art, science and philosophy are confronted with the world’s, and especially nature's reality. The theme of his work is topical in an age in which ecological issues can count on an ever broadening attention from the general public. 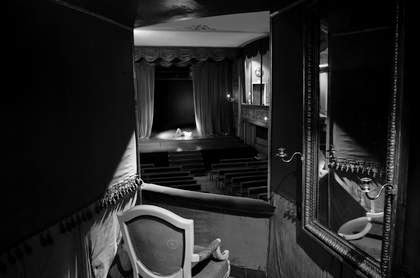 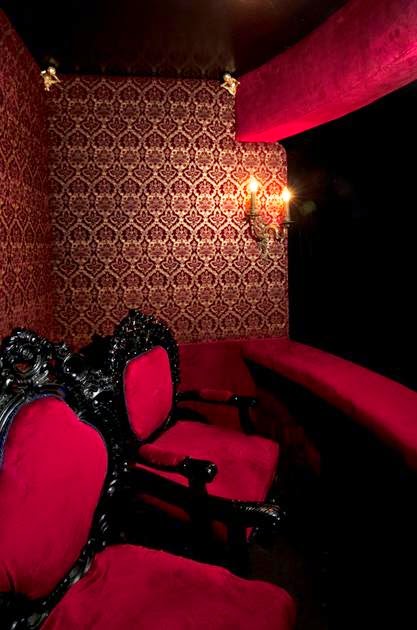 The project “NSFW: From the Abyss of History” by Estonian artist Jaanus Samma and Italian curator Eugenio Viola will represent Estonia at the 56th Venice Biennale. The exhibition consists of an aesthetically and dramaturgically integrated multimedia installation, which uses a personal story of a man from the Soviet-era Estonia and provides a new perspective on events during Estonians’ recent past. “NSFW: From the Abyss of History” raises questions about power, violence, persecution and an individual’s powerlessness in rigid political regimes that curtail human rights.

The winning project is a continuation of Jaanus Samma’s 2013 work “Chairman. The Opera,” which won the Köler Prize Jury award and People’s Choice that year. Samma has trained his lens on gay life in the Soviet era - when the community faced criminal sanctions - and the social conditions that influenced its behaviour, to remember and devote attention to problems yet to be solved. The central character in the exhibition is a successful kolkhoz (Soviet collective farm) chairman in the 1950s, who was sent to a prison camp for one and a half years for an homosexual relationship. The exhibition is an oneiric installation with theatrical elements, and relies on court transcripts and the fate of the chairman who – having lost not just his position in society but his family and job – became one of the legendary figures in the invisible gay community of Soviet Estonia. The acronym NSFW stands for “Not Suitable / Safe For Work”.
A total of 11 projects were entered to the competition for the 2015 Estonian Pavilion exhibition at Venice Biennale. The jury members included the commissioner for the Estonian Pavilion at Venice Biennale Maria Arusoo, Wales MOSTYN art centre director Alfredo Cramerotti, board members of CCA, Estonia Rael Artel, Sirje Helme, Andres Kurg and Kaido Ole, World Expo Milano 2015, Project Manager Andres Kask and Adviser on Visual Arts, Estonian Ministry of Culture Maria-Kristiina Soomre. Besides the high artistic calibre of the project, the jury also praised “the exceptionally intelligent, relevant, discrete and multi-faceted manner in which the theme is explored.”

Jaanus Samma (1982) studied graphic art at the Estonian Academy of Arts and is currently a PhD candidate in the Art and Design programme at EAA. He has taken part in many group exhibitions and appeared in solo exhibitions in Estonia and international venues since 2005. Samma's work can be viewed at http://www.jaanussamma.eu/.

Eugenio Viola (1975) is curator at large at Madre Museum in Naples. He has worked with, among many others, such world-renowned artists as Marina Abramovi?, Teresa Margolles and Tania Bruguera. He is well-versed in the Estonian art scene, having co-curated (with Reet Varblane) Orlan’s 2008 exhibition at the Tallinn Art Hall and (with Anders Härm) Mark Raidpere’s 2013 solo exhibition at the EKKM (Contemporary Art Museum Estonia). Viola was also a member of the Köler Prize’s international jury last year.

Estonia was represented at the 2013 Venice Biennale by Dénes Farkas’s exhibition “Dénes Farkas. Evident in Advance” at Palazzo Malipiero. During the six months, the Biennale was visited by 475,000 people, with 27,000 people visiting the Estonian pavilion, including 4,000 art professionals at the press events. The exhibition received, without exception, positive coverage in the major art journals such as Art Agenda, Kunstforum, Modern Painters, Gallerist NY and Arterritory, Estonian press and many art blogs. Following the appearance at the Biennale, the artist has received many cooperation offers from international galleries.

Estonia’s participation at the Biennale di Venezia is organized by the Center for Contemporary Arts, Estonia and funded by Estonian Ministry of Culture. 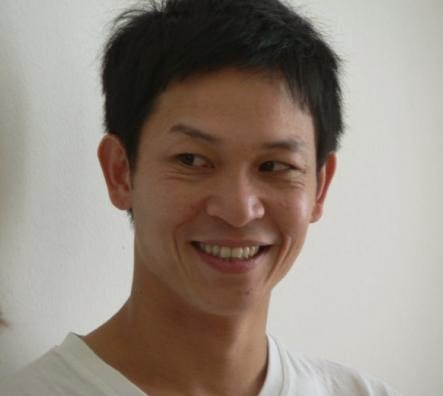 English
A press release issued by the Danish Arts Foundation today states that the Committee for Visual Arts Project Funding has selected Danh Vo as the artist to be featured in the Danish Pavilion in the 2015 Venice Biennial.

Appointing Danh Vo to represent Denmark at the 56th Venice Biennial is not just an obvious choice in view of the committee’s ambition to “show pre-eminent examples of Danish contemporary art in an international context”. Out of all currently active artists with close ties to Denmark, Vo has had one of the most prominent careers on the international art scene in the last decade. He exhibits his work at many of the most important institutions in the world and collaborates with some of the most cutting-edge artists, curators, and galleries around today. But Vo is also an interesting choice for a national pavilion because he often addresses, with his distinctive neo-conceptual approach, issues of nationality and migrant culture in a highly personal manner, always characterised by his unusually well-honed sense for reading rooms and contexts – both physical and cultural. His large-scale work We the People (Detail), 2010-2013, which has been exhibited at e.g. Statens Museum for Kunst in Copenhagen, is a good example of this.

Danh Vo (b. 1975) is a graduate from the Royal Danish Academy of Fine Art in Copenhagen and the Städelschule in Frankfurt. Born in Vietnam, Vo grew up in Denmark, arriving here at the age of four with his family.

With their choice of Vo the Danish Arts Foundation continues the selection policy evident from the previous Venice Biennial, where Denmark was represented by another young Danish artist with an international career, Jesper Just (who belongs to the same generation of artists as Vo).

Back then the International Committee for Visual Arts wanted the pavilion to house a project that integrated and merged art, architecture, and communication, even going so far as to dictate that “such ‘experimental co-operation’ will form the fundamental premise of the Danish contribution to the Biennial”, which specifically meant that Just would “work closely with an architect and a communicator/educator of his choice”, as the press release issued back then said. The very brief press release provided by the Danish Arts Foundation today stipulates no particular preconditions or expectations regarding Danh Vo’s upcoming contribution to the Danish Pavilion.