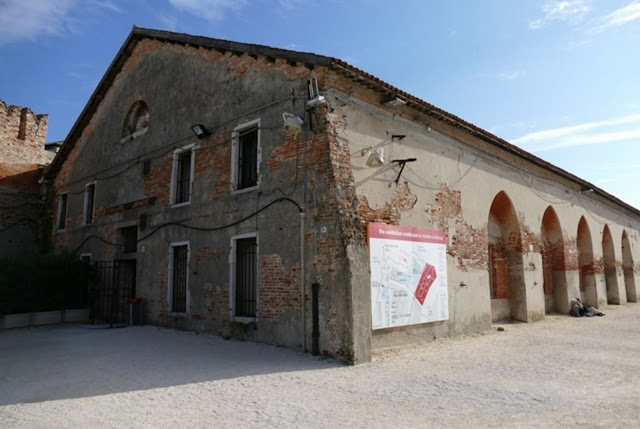 An historic naval warehouse in the heart of the Arsenale exhibition district will be the venue for Lisa Reihana’s media-based exhibition at the Venice Art Biennale in 2017.
The New Zealand pavilion will be housed in the Tesa dell'Isolotto, one of the oldest buildings in the Arsenale, among many permanent national pavilions and part of the Biennale’s curated exhibition.
The venue was announced by the Hon Maggie Barry, Minister for Arts, Culture and Heritage, at a patrons’ campaign launch in Auckland tonight.
Commissioner Alastair Carruthers says selecting a venue early was crucial as few spaces are suitable for the artist’s large-scale audiovisual immersive project. He says, “Tesa dell'Isolotto’s location in a shipyard offers new possibilities for Reihana’s exhibition as she develops it for the Venice environment.”
“We are very fortunate to have found space in the Arsenale, where hundreds of thousands of visitors come to experience the best contemporary art from around the globe. This will be the first time the New Zealand pavilion is within the Biennale’s official exhibition area.”
He says, “The Arsenale is the magnificent historic shipyard of Venice, a naval basin that still operates and a place where ocean ready sailing vessels were built – at a rate of one per day.”
Emissaries will be the exhibition title of Reihana’s 2017 Venice Biennale presentation, which will include her panoramic video in Pursuit of Venus [infected], expanded and augmented with a series of new photographic works.
Reihana says, “Isolotta means ‘island’ and I’m very interested in the relevance of that, and of the location’s history as I develop this exhibition. Transported half a world away we will be new emissaries to Venice.”
Arts Council Chairman Dr Dick Grant says the Venice Biennale is widely recognised as the world’s pre-eminent contemporary art exhibition.
He says, “It provides a huge opportunity for international exposure for New Zealand art and artists – and presents New Zealand as an assured country confidently taking its place on the world cultural stage. Each year, as we build on the success of previous exhibitions, our presence becomes more anticipated.”

New Zealand at the Venice Biennale
New Zealand’s arts development agency, Creative New Zealand, funds and manages New Zealand’s presence at the Venice Art Biennale for the almost seven month duration.
Creative New Zealand is pleased to again be working with Te Papa as our Key Partner and for the first time with Auckland Art Gallery Toi o Tāmaki as our Presenting Partner.
The New Zealand at Venice patrons generously contribute around a third of the budget for New Zealand’s project at the Venice Art Biennale.
The Venice Art Biennale is widely recognised as the pre-eminent international art exhibition in the world. In 2015 almost 90 countries had a presence – and the Biennale attracted more than 8,000 accredited journalists and 500,000 visitors.
An official presence there provides a career development opportunity at the highest level for New Zealand contemporary visual artists. It brings the New Zealand pavilion to the attention of global media, art institutions, experts and gallerists and offers professional development opportunities for the curators, exhibition attendants and team members including the technical, design and artistic contributors to the project.
New Zealand has exhibited at the Venice Art Biennale since 2001. New Zealand artists who have exhibited are: Peter Robinson and Jacqueline Fraser (2001); Michael Stevenson (2003) et al. (2005); Judy Millar and Francis Upritchard (2009); Michael Parekowhai (2011); Bill Culbert (2013) and Simon Denny (2015).
Lisa Reihana, artist
Lisa Reihana (b 1964) completed a Masters in Design from the School of Visual Art and Design, Unitec in Auckland in 2014 and graduated with a Bachelor in Fine Arts from Elam School of Fine Arts, University of Auckland in 1987.Of Ngāpuhi and Ngāti Hine, Ngāi Tū descent, she lives and works in Auckland.
Reihana’s work has featured in significant international exhibitions including the Museum van Loon, the Amsterdam Film +Media Arts Festival, the Samstag Museum in Toronto, the Campbelltown Arts Centre, the Havana Biennale, the Brooklyn Museum, the Liverpool Biennale, the Asia Society Museum in New York, the Noumea Biennale, the 12th Biennale of Sydney, and the Asia Pacific Triennial of Contemporary Art, Brisbane.
Reihana was made an Arts Laureate by the New Zealand Arts Foundation in 2014. She was shortlisted for the Signature Art Prize at the Singapore Art Museum in 2014 for in Pursuit of Venus; as well as the Double Take Anne Landa Award, Art Gallery of New South Wales in 2009 and the Walters Prize at the Auckland Art Gallery Toi o Tāmaki in 2008, both forDigital Marae. She has recently been shortlisted for the 2016 Walters Prize for in Pursuit of Venus [infected].
Rhana Devenport, curator
Rhana Devenport is director of Auckland Art Gallery Toi o Tāmaki. She was director of Govett-Brewster Art Gallery (2006-2013) and held senior positions with the Biennale of Sydney (2005-2006), Artspace NZ (2005) and the Sydney Festival (2004) and was Senior Project Officer for the Asia Pacific Triennial with the Queensland Art Gallery (1994-2004). Her curatorial and publishing projects include projects with Peter Robinson, Fiona Pardington, Judith Wright, Nalini Malani, NS Harsha, Alfredo and Isabel Aquilizan, Song Dong, Yin Xiuzhen, Zhang Peili, Lee Mingwei and Lisa Reihana.
For further information, go to www.nzatvenice.com or www.labiennale.org
Follow New Zealand at Venice on Facebook and Twitter 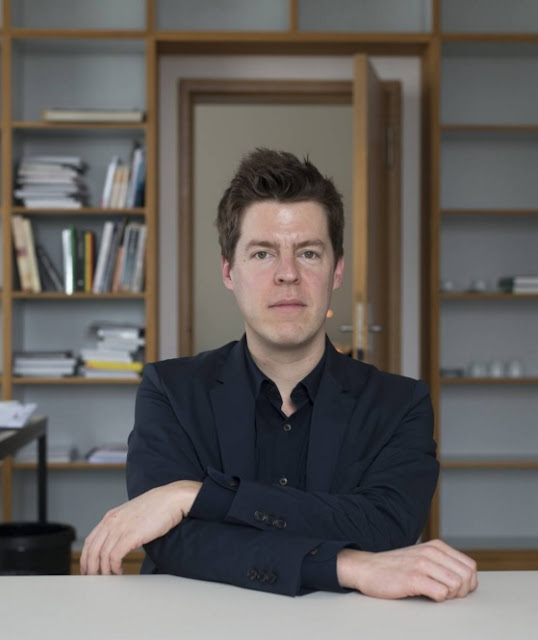 The Swiss Arts Council Pro Helvetia has appointed Philipp Kaiser to curate the exhibition at the Swiss Pavilion at the 2017 Art Biennale in Venice. Born in Berne and now based in Los Angeles, Kaiser is regarded as one of the most renowned Swiss exhibition makers worldwide.

Philipp Kaiser, born 1972 in Berne, has been selected to curate the exhibition at the Swiss Pavilion in Venice’s Giardini for the 57th International Art Exhibition – la Biennale di Venezia. Kaiser, who lives and works in Los Angeles, was recommended for nomination by the Swiss Arts Council Pro Helvetia’s art biennials jury. While in previous years artists have been nominated to exhibit at the Swiss Pavilion, now the jury have chosen a curator to assume the responsibility for Switzerland’s National Participation at next year’s Venice Art Biennale. This year, the biennial’s jury based their decision on Philipp Kaiser’s impressive accomplishments as a curator, notably his monographic and thematic exhibitions with both public and private collections which create bridges between Europe and America. The Venice Biennale is one of the world’s most prestigious platforms for contemporary art.

Commitment to Swiss art
Working as an independent curator and art critic in California, Kaiser’s work recognises and retains his close links to the Swiss art scene. He is currently preparing a comprehensive exhibition focussing on the archive and library of the late, world-famous Swiss curator Harald Szeemann at the renowned Getty Research Institute in LA. Kaiser began his career as an Art historian in Switzerland. From 2001 to 2007, he worked as curator for modern and contemporary art at the Museum für Gegenwartskunst in Basel. He then moved to the Museum of Contemporary Art (MOCA) in Los Angeles. At the age of 39 he was appointed director of Museum Ludwig in Cologne. His work as visiting professor at the Akademie der Bildenden Künste in Karlsruhe, the University of California in Los Angeles and, also in California, the Claremont McKenna College give evidence of his close ties to teaching and research. 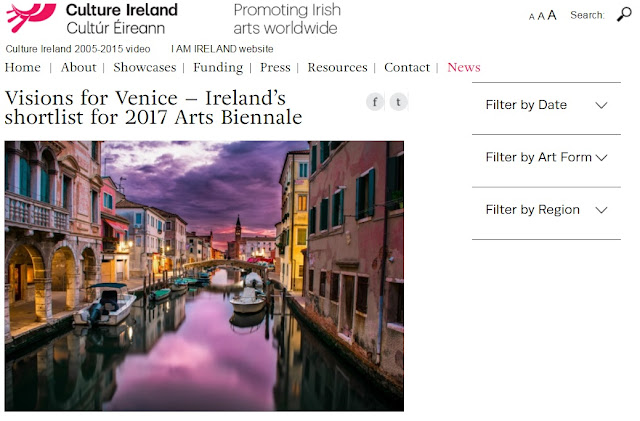 Six unique proposals have been shortlisted to represent Ireland at the 2017 Venice Arts Biennale. The shortlist (below) has been released following Stage I submissions by these teams to Culture Ireland. All teams will now proceed to Stage II interviews to be held shortly. The successful proposal will be announced in March 2016. 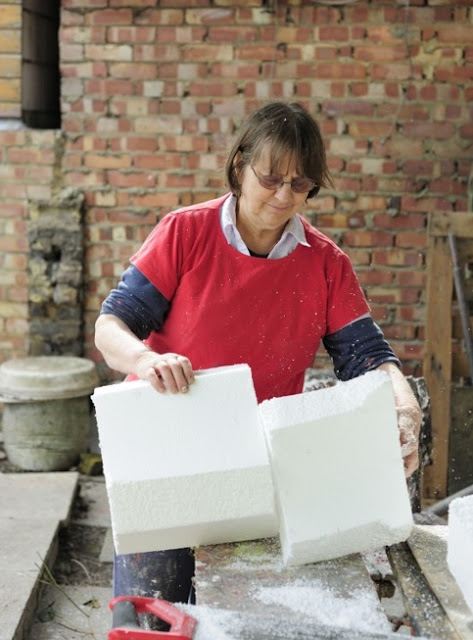 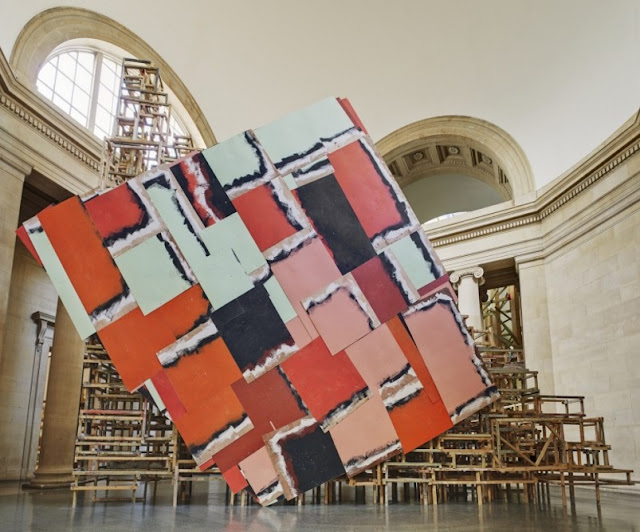 English
The British Council is delighted to announce that Phyllida Barlow has been selected to represent Britain at the 57th Venice International Art Biennale. She will present a major solo show in the British Pavilion, which will run from 13 May to 26 November 2017. The Artistic Director of the 57th International Art Biennale will be Christine Macel.
Best known for her colossal sculptural projects, for over four decades Phyllida Barlow has employed a distinctive vocabulary of inexpensive materials such as plywood, cardboard, plaster, cement, fabric and paint to create striking sculptures and bold and expansive installations that confront the relationship between objects and the space that surrounds them. Drawing on memories of familiar objects from her surroundings, Barlow’s practice is grounded in an anti-monumental tradition characterised by her physical experience of handling materials in an expedient and direct way.
Phyllida Barlow said: “It is an extraordinary privilege and honour to be invited to represent Britain at the Venice Biennale 2017. I am astonished, thrilled and of course hugely excited. It is going to be a remarkable experience to begin to consider the work for the imposing architecture of the British pavilion. I cannot imagine a more invigorating and wonderful challenge. The international diversity for which the Biennale is so renowned within the particular context of Venice is a unique and stimulating creative opportunity beyond my wildest dreams.”
The 2017 Venice Biennale Selection Committee, which advises the British Council on the UK's representation in the British Pavilion, is made up of the following members:
Maria Balshaw, Director, Whitworth Art Gallery, Manchester
Alfredo Cramerotti, Director, MOSTYN, Llandudno, Wales
Jennifer Higgie, Editor, Frieze Magazine
Skinder Hundal, Chief Executive, New Art Exchange, Nottingham
Sarah McCrory, Director, Glasgow International, Glasgow, Scotland
Helen Legg, Director, Spike Island, Bristol
Matt Packer, Director, Centre for Contemporary Art, Derry, Northern Ireland
Alistair Sooke, Art Critic and Columnist, The Daily Telegraph and BBC
Emma Dexter, British Council Director, Visual Arts and Chair of the Venice Biennale Selection Committee, said: “I am truly delighted that Phyllida Barlow has been selected to represent Britain at the 2017 Venice Biennale. Barlow’s imposing sculptures and installations have enthralled and intrigued audiences around the globe in recent years. Her work combines physical impressiveness with intricate and highly considered details with regard to materials and techniques, allowing questions of making and experimentation to be at the core of her work.  Barlow transforms and dynamically alters every exhibition space she encounters. I am hugely excited at the prospect of seeing what she will bring to the neo-classicism of the British Pavilion.”
Barlow’s work has been presented in solo exhibitions around the world. Her latest exhibitions include the recently opened ARTIST ROOMS, Tate Modern, London (2016) as well as 'tryst', Nasher Sculpture Center, Dallas, Texas (2015); the Duveens Commission 'dock', Tate Britain, London (2014) and'GIG', the inaugural exhibition at Hauser & Wirth Somerset (2014).
For more information on the British Pavilion at the Venice Biennale: http://venicebiennale.britishcouncil.org/ 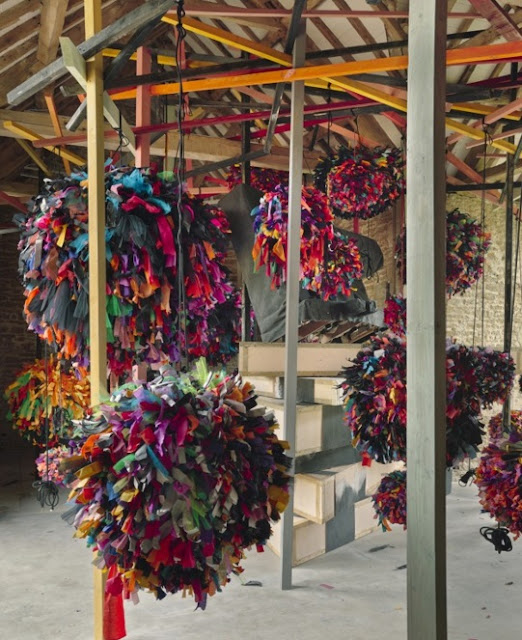