PinchukArtCentre today announced 21 artists shortlisted for the 4th edition of the Future Generation Art Prize, established by the Victor Pinchuk Foundation in Kyiv, Ukraine in 2009.
Selected from 4,421 entries by artists from 138 countries, they are:
The shortlisted artists were chosen by an international Selection Committee. The Open Group from Ukraine were nominated for the shortlist as winners of the PinchukArtCentre Prize 2015, a national contemporary art prize awarded to young Ukrainian artists up to the age of 35.
The Shortlist Selection Committee members are: Elise Atangana, Independent curator & producer Paris; Daniela Castro, Independent curator and writer based in São Paulo (Chairwomen of the selection committee); Björn Geldhof, Artistic Director, PinchukArtCentre (Kiev) and YARAT (Baku); Shabbir Hussain Mustafa, Senior Curator, National Gallery Singapore; Diana Nawi, Associate Curator, Pérez Art Museum Miami; Anna Smolak, Curator, Future Generation Art Prize 2017; Gaia Tedone, Independent Curator, PhD Candidate, Centre for the Study of the Networked Image, London South Bank University
Daniela Castro, Chair of the Selection Committee, said: "The selection committee assessed a pool of thousands of applications submitted by young artists from all over the world. The difficulty of selecting just twenty practices from this list was not just because of the amount of work entailed in such an endeavor but by the excellence of each project we had to carefully look at. Merit was one of the many variants we considered in order to conduct a fair analysis: geography, gender, media also had their say. As such, we understand that the shortlisted artists for the Future Generation Art Prize are representatives of a wider landscape of outstanding art practices emerging throughout the world.”
The Future Generation Art Prize established by the Victor Pinchuk Foundation in 2009 is a worldwide contemporary art prize created to discover, recognise and give long-term support to a future generation of artists. Judged by a distinguished jury, the Prize with a cash value of $100,000, aims to make a major contribution to the careers of younger artists involved in the dynamic cultural development of societies in transition, many of whom have found it difficult to get their voices heard. The competition is open to all artists up to the age of 35 of all backgrounds, working in any medium, anywhere in the world.
An exhibition of the work of the twenty one shortlisted artists will go on show at the PinchukArtCentre in Kyiv on 25 February – 16 April 2017. The winner will be announced at an Award Ceremony in Kyiv in March. The exhibition will be presented as an official collateral event at the Palazzo Contarini Polignac Venice Biennale opening on Thursday 11 May 2017.

About the Future Generation Art Prize
All artists up to the age of 35 of all backgrounds, working in any medium, anywhere in the world are encouraged to apply for the Future Generation Art Prize. Supporting the application process, more than 600 correspondents all over the world nominate artists for the prize and over 50 Partner Platforms worldwide are ambassadors for the Prize to encourage artists within their regions to apply.
The main prize will be awarded by an international jury in the amount of US$ 100,000, split between $60,000 in cash and $40,000 investment in the production of a new work. In addition US$ 20,000 will be awarded to up to five Special Prize winners, nominated by the Jury. A Public Choice winner will be selected through online voting and announced at the Award Ceremony.
The members of the international jury selecting the winner are:
Pubblicato da Domenico Olivero a 22:01 Nessun commento: Link a questo post 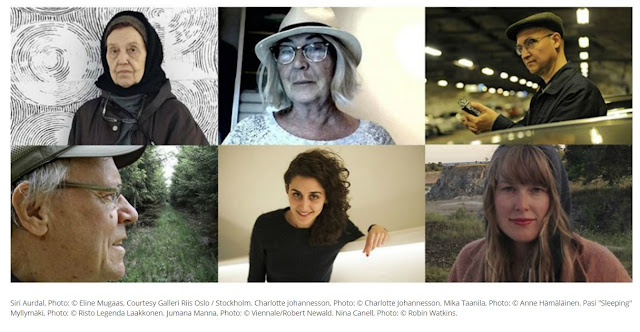 'The artists in "Mirrored" present a mapping of connections that override the national and regional boundaries, and instead track a more multi-faceted view of how artistic practice may connect', says curator Mats Stjernstedt.

The exhibition 'Mirrored' attempts to avoid a topical approach, to focus on challenging a self-image reflected in, or stereotypes projected on, the Nordic countries. 'Mirrored' thus suggest a 'placeless place', to borrow Guiliana Bruno’s allegory on mirrors.

Siri Aurdal (b.1937), Charlotte Johannesson (b.1943), and Pasi “Sleeping” Myllymäki (b.1950) are innovators who, to some extent, have created and articulated the artistic realms they later came to work within. All three artists can be described as atypical for the Nordic Pavilion’s extended architecture, as much landscape and outdoor experience as an enclosed space. Their works are examples of urban art and urbanity that was ahead of its time in exploring industrial material, digital space, or design experiments with moving images. Aurdal’s module-based sculptures challenge the sculpture medium and establish new premises for it. Johannesson took her cue from traditional textile crafts and translated the logical setup of tapestries into computer-based pixels. Before giving up his film practice, Myllymäki produced forty-four super-8 films from 1976 to 1985; these films explore a wide range of elements from graphic design to performative actions.

A similar interest in urban subject matter, expressed, for instance, through material transformation or political content, intersects the works of the following artists: Mika Taanila (b.1965) is primarily recognised for producing temporal artworks in film, video and sound. For the present exhibition, Taanila uses montage technique to create a cut-out project in cinematic literature. Nina Canell’s (b.1979) experimental mode of relating to sculpture and installation, considers the place and displacement of energy. However, like Taanila’s film and sound work, they have a temporal quality, as Canell converts sculpture’s often fixed form into open-ended processes. The works of Jumana Manna (b.1987) explore how power is articulated through relationships, often focusing on the body and materiality in relation to narratives of nationalism, and histories of place. In her sculptural work, Manna indirectly unfolds representation, creating a visual language of absence and substitutes.


The Nordic Pavilion
The Nordic Pavilion, by Norwegian architect Sverre Fehn, was completed in 1962 and has since been a space for collaboration between three nations – Sweden, Finland and Norway. For the past three biennials, a format was introduced which involved the solo commissioning of a project by each country in turn. For the period 2017–2021, the art in the Nordic Pavilion will be presented as a joint project, where the three countries are represented on equal terms. The countries will alternate as principal commissioner and manager of activities at the Nordic Pavilion as follows: 2017, Moderna Museet, Sweden; 2019, Frame Contemporary Art Finland, Finland; 2021, Office for Contemporary Art Norway (OCA).


Jumana Manna
Jumana Manna (b.1987) lives and works in Berlin, Germany. She has exhibited at SculptureCenter, New York, Chisenhale Gallery, London, and Beirut Art Center. She has participated in group exhibitions at Kunsthalle Wien, the Liverpool Biennial, the 20th Biennale of Sydney, Marrakech Biennale 6, the Jerusalem Show VII, Al Ma’mal Foundation, and Henie Onstad Kunstsenter, Bærum. Manna’s films have been screened at festivals and institutions such as M+, Hong Kong, the 54th Viennale International Film Festival, Guggenheim, New York, Filmlab: Days of Cinema, Ramallah, Tate Modern, London, Performa13 Biennial, New York, and IFFR Rotterdam. She was awarded the A.M. Qattan Foundation’s Young Palestinian Artist Award in 2012, and is the ars viva Prize for Visual Arts laureate in 2017. In 2017, she is engaged in commissions for the Satellite Program 10, Jeu de Paume, Paris and CAPC Bordeaux, and for The HighLine, New York.

Mats Stjernstedt has been Director of Kunstnernes Hus in Oslo since 2011, and was appointed Director for Malmö Konsthall from January 2017.
Pubblicato da Domenico Olivero a 21:43 Nessun commento: Link a questo post 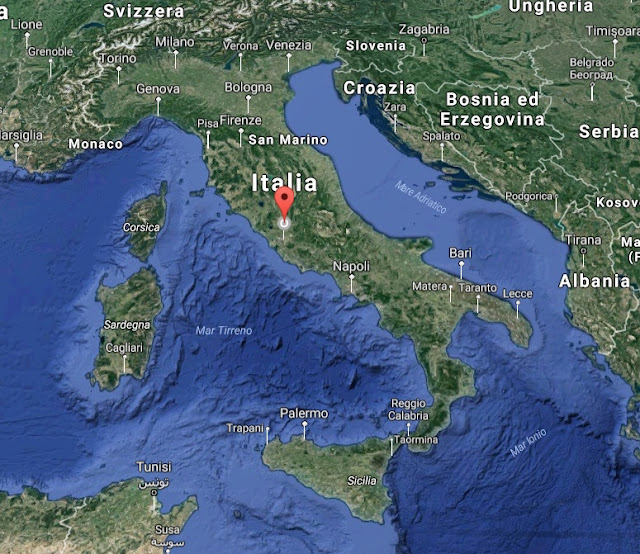 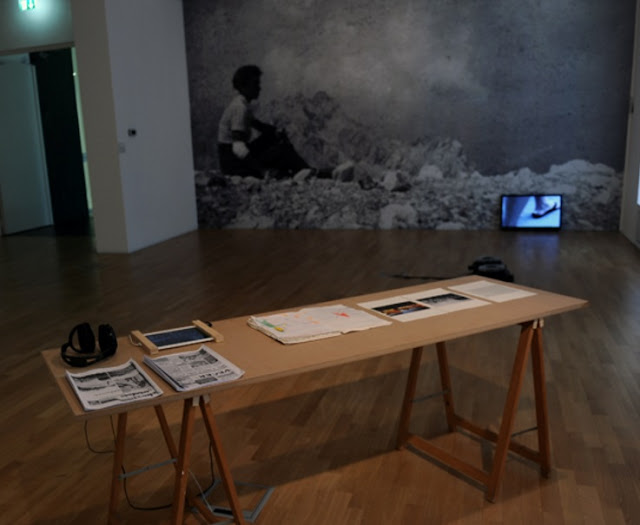 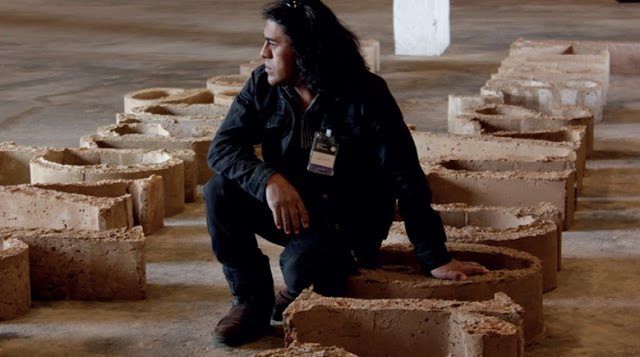