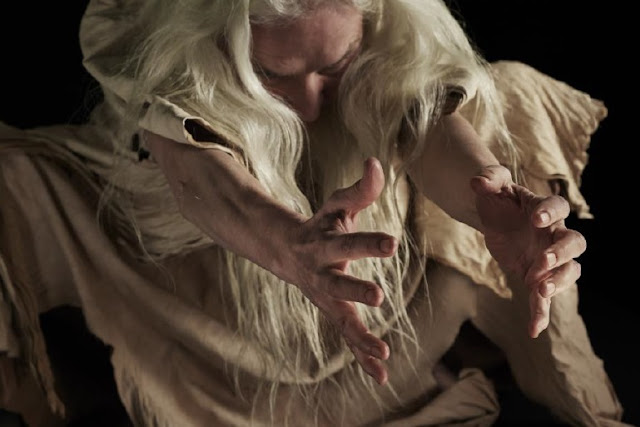 Ireland at Venice, the national representation of Ireland at the Venice Biennale, will present Jesse Jones in 2017.

Jesse Jones will consider the national pavilion as the site of an alternative Law. With a practice that is grounded in film and performance, Jones will create an artwork she describes as a ‘bewitching’ of the judicial system.

Tremble Tremble will be presented in the Arsenale of La Biennale di Venezia from May – November 2017, with Commisisoner and Curator, Tessa Giblin. Its title is inspired by the 1970s Italian wages for housework movement, during which women chanted “Tremate, tremate, le streghe sono tornate! (Tremble, tremble, the witches have returned!)”. Jones’ new work emerges from a rising social movement in Ireland which calls for a transformation of the historic relationship between the church and the state. In this time of change, Jones proposes the return of the witch as a feminist archetype and disrupter who has the potential to transform reality. Tremble Tremble imagines a different legal order, one in which the multitude are bought together in a symbolic, gigantic body, to proclaim a new law, that of In Utera Gigantae.

Based in Dublin, Jones has been researching the ways in which the law transmits memory between generations and over time. Her research weaves between an archeological dig of a 3.5 million year old female specimen, to the suppressed voices of the witch trials of the 16th century Europe, the symphysiotomy trials, and abortion legislation in Ireland today. The new world order to be found in Tremble Tremble churns testimony, published statements and new lyrics into a towering bodily incantation. Jones is collaborating with theatre artist Olwen Fouéré, and sound artist Susan Stenger, who are together creating an artwork that extends across the pavilion as an expanded form of cinema.

A book will be published in English and Italian, featuring writing by Silvia Federici, Tina Kinsella, Lisa Godson, and Tessa Giblin. Designed by Åbäke, with photography by Ros Kavanagh, Tremble Tremble / Tremate Tremate is co-published by Mousse Publishing and Project Arts Centre.

Ireland at Venice is an initiative of Culture Ireland in partnership with the Arts Council. It is produced and supported by Project Arts Centre, Dublin, proudly sponsored by Dublin Port Company, with international partner – LASALLE College of the Arts, Singapore and production partner – the Institute of Art, Design and Technology, Dún Laoghaire.

La Biennale dates to 1895, when the first International Art Exhibition was organized. It is one of the most important international biennials and cultural institutions in the world, introducing more than half a million visitors to exciting new art every two years. The 57th Biennale di Venezia will open to the public on Saturday, May 13th and extend until November 26th, 2017. The Press and Professional Previews will take place on May 10th, 11th and 12th. It is an unparalleled meeting point for art professionals from around the world, and provides an extraordinary potential for professional encounters – at the Vernissage, and then the following 7 months when over 500,000 visitors pass through its halls. It is a world-wide cultural event that attracts a varied international public throughout a 7-month exhibition period, an average of 2,550 visitors daily.

The Pavilion of Ireland will be in le Artiglierie dell’Arsenale, in the heart of La Biennale di Venezia. The ancient warehouses of Venice’s ammunitions holdings will be transformed, and benefit from the large footfall that characterises the main site of the Biennale.

Join in the conversation with hashtag #irelandatvenice