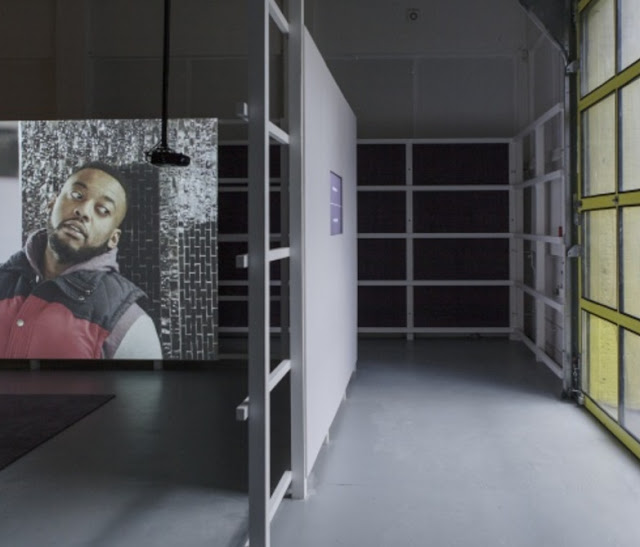 Cinema Olanda is a collaborative project by artist Wendelien van Oldenborgh (1962) and curator Lucy Cotter (Ireland, 1973) for the Dutch Pavilion at the Venice Biennale 2017. It embraces national representation as an opportunity to reflect on the Netherlands’ (inter)national image in relation to the current rapid transformations in Dutch society. The exhibition takes as its conceptual departure point Gerrit Rietveld’s Dutch pavilion (1953). Designed during the Postwar Reconstruction, when architecture was key to forging a new national image, the pavilion projects a progressive image of openness and transparency.

Van Oldenborgh has created a major new (filmic) installation engaging with the architectural and social vision of the Netherlands inherent in the pavilion and its resonance in Dutch society today. The installation enters into dialogue with Rietveld’s architecture, highlighting its aesthetics yet placed in tension with its underlying order. It houses three new ‘films’ by Van Oldenborgh in which architecture offers a departure point for individuals from different generations to address recent events and postwar developments from personal and professional perspectives. The films convey an alternative narrative to the Netherlands’ self-image as a tolerant nation, revealing the nation as a complex and rapidly transforming social, cultural and political space, both in the ‘50s and today.

Van Oldenborgh uses film as a medium and form of social production, and her oeuvre revolves around bringing contemporary situations and under-examined events from recent history together in unexpected constellations. She creates her work through live (public) film shoots, set in ideologically charged architectural location, in which script is generated collectively by polyphonic conversations between individuals with a personal or professional relationship to the work’s lines of enquiry.
Pubblicato da Domenico Olivero a 06:00