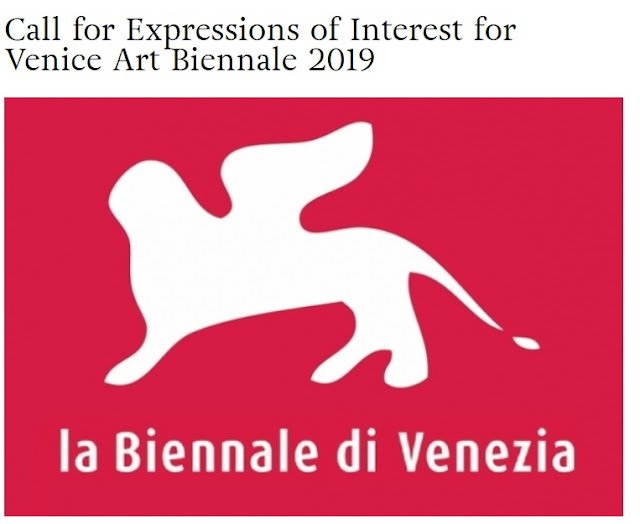 Culture Ireland, in partnership with the Arts Council, invites expressions of interest for the role of Commissioner of Ireland’s national representation at the 58th International Art Exhibition at the Venice Biennale 2019.
Following the success in 2017 of Tremble Tremble by Jesse Jones, which continues to tour internationally, Culture Ireland and and The Arts Council are delighted to announce the Open Call for the Commissioner of the 2019 Venice Biennale.
Submissions should be emailed to valerie.behan@cultureireland.gov.ie and info@cultureIreland.gov.ie and must be received by Wednesday 7th March 2018.
Pubblicato da Domenico Olivero a 10:58 Nessun commento: Link a questo post 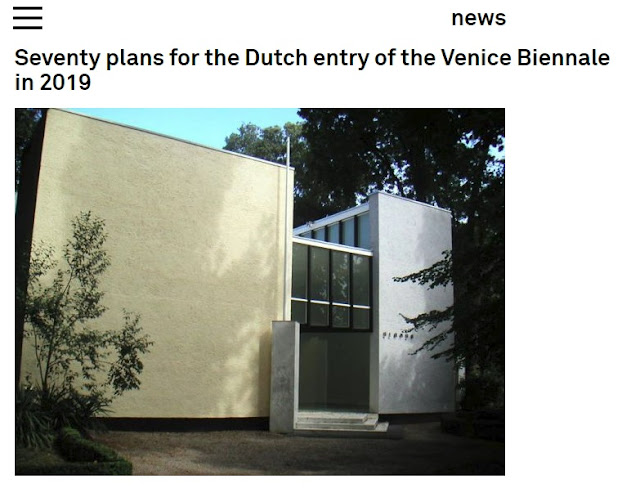 ‘A successful number of plans,’ says director of the Mondriaan Fund Birgit Donker. ‘It shows that the Netherlands is home to plenty of talent. It is also wonderful how many artists responded to the call.’....
Pubblicato da Domenico Olivero a 10:56 Nessun commento: Link a questo post 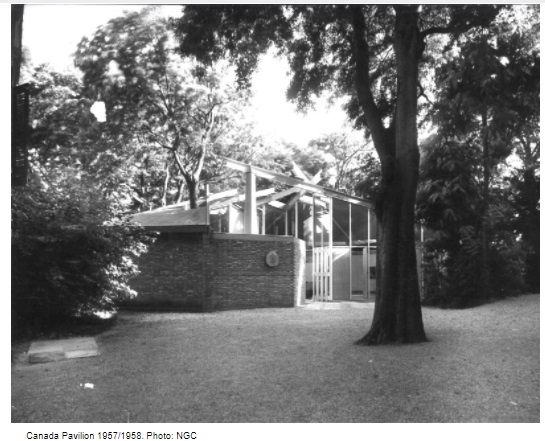 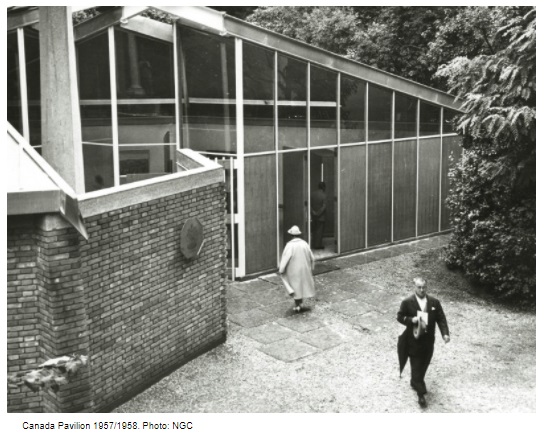 After close to 60 years of exhibitions featuring the work of some of Canada’s most celebrated artists and architects, the Canada Pavilion in Venice, Italy is undergoing a major, $3-million restoration. The designated heritage building is an important architectural landmark in the Giardini di Castello, the traditional site of the International Art and Architecture Exhibitions of La Biennale di Venezia.

The restoration work, suspended during the 57th International Art Exhibition (2017), has resumed after the closure of Geoffrey Farmer’s installation, “A way out of the mirror.” The historic restoration project, initiated by the Gallery in 2014, is being carried out by the Milanese architect Alberico Barbiano di Belgiojoso, son of one of the partners of studio architetti B.B.P.R. (Banfi, Belgiojoso, Peressutti, Rogers), working in close cooperation with Venice-based architect Troels Bruun of M+B Studio and Canadian architect Gordon Filewych of onebadant.

Restored to its original 1957 design with functional upgrades, the Canada Pavilion will be officially unveiled on May 26, 2018 at the 16th International Architecture Exhibition, on the occasion of the 60th anniversary of its inauguration.

Canadian landscape architect and Order of Canada recipient, Cornelia Hahn Oberlander, and Bryce Gauthier of Enns Gauthier Landscape Architects are also working in partnership with La Biennale di Venezia and the Venice Superintendent for Architectural Heritage on the redesign and replanting of the landscape surrounding the Canada Pavilion. This has been undertaken and financially supported by la Biennale within the context of a larger Giardini di Castello renewal project begun in 2013. The site now features a new pathway behind the Canada Pavilion and a platform overlooking the Laguna Veneta, while also providing an expanded space that can accommodate performance and artistic interventions.

During La Biennale 2018, the Canada Pavilion will feature the exhibition, “Canada Builds/Rebuilds a Pavilion in Venice”, which will offer an unprecedented analysis of the context in which one of Italy's most important architectural firms of the post-war era was commissioned by the National Gallery of Canada to design and build Canada’s pavilion. The exhibition will also offer a study of the building’s notable modernist architecture, as well as depictions of key moments in its sixty-year history.

Organized by the National Gallery of Canada and under the Curatorial direction of Réjean Legault, Associate Professor at the École de design of the Université du Québec à Montréal and former head of the Study Centre at the Canadian Centre for Architecture,  the exhibition forms part of a larger endeavour that includes a publication and short documentary film, (scheduled for release in January 2019), and videos featuring first-hand accounts from the Italian and Canadian participants in this important restoration project. The short films and videos are produced in collaboration with the National Film Board of Canada.

Funding for the restoration project has been provided by the National Gallery of Canada’s Distinguished Patron and Founding Secretary of the Society for the Study of Architecture in Canada, Reesa Greenberg. The project has benefitted from the exceptional collaboration of La Biennale di Venezia, the Venice Superintendent for Architectural Heritage, the Royal Architectural Institute of Canada, as well as support from Global Affairs Canada.