The Democratic Pavilion - call for 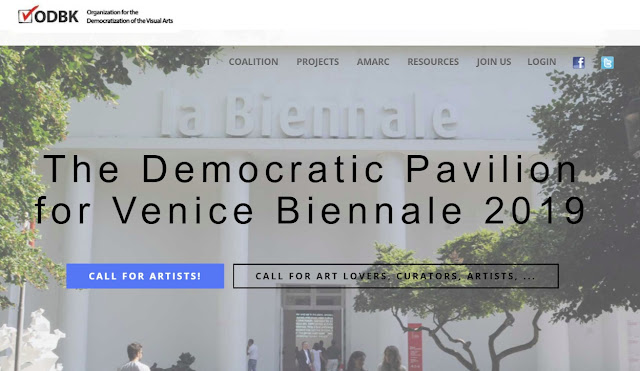 The Democratic Pavilion represents a protest again the monopolization and centralization of power and the need of real democratic political and economic systems in our society for the fair distribution of the money and power. 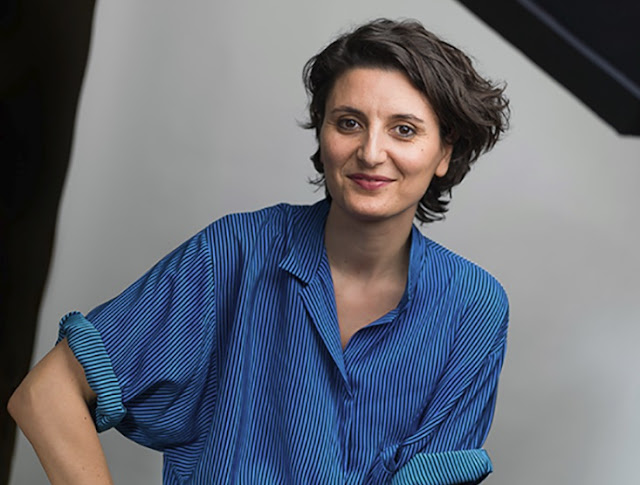 CS
The Australia Council is delighted to announce that Angelica Mesiti and Juliana Engberg have been selected as the artist and curator for Australia’s representation at the 58th International Art Exhibition, Venice Biennale 2019. Following an open call for expressions of interest, the artistic team were selected by an independent panel of highly respected arts professionals.
Angelica Mesiti is one of Australia’s most celebrated contemporary artists working across video, performance and installation. Since her early work with performance collective The King Pins, Angelica has developed a sophisticated solo practice characterised by large-scale video works. She is known for using cinematic languages and performance to explore deeply personal stories of the individual and the collective, grappling with the complex dimensions of human experience.
Angelica’s Venice exhibition will be curated by Juliana Engberg. Juliana is a curator with an extraordinary depth of experience and a global reputation, with over 500 exhibitions curated to date. Juliana has curated critically acclaimed exhibitions in Australia and internationally, including through her roles as Artistic Director of the Australian Centre for Contemporary Art, the Biennale of Sydney and the Melbourne International Biennial. She has been Curator of the Visual Arts Programs for the Edinburgh, Melbourne and Adelaide Festivals.

Angelica Mesiti was born in Sydney in 1976. She lives and works between Paris and Sydney. She was a member of the performance collective The Kingpins from 2000 to 2010 with whom she performed and exhibited in international biennales and museum shows including Gwangju, Taipei (2004) and Liverpool (2006) biennales, NuitBlanche Paris and NotreHistoire, Palais de Tokyo Paris (2006), and Playback, Musée d’Art Moderne de la Ville de Paris (2007).
In 2009 Rapture (silent anthem) was the first video to win the 58th Blake prize for religious and spiritual art. Her work Citizens Band won the Anne Landa Award for Video and New Media Art in 2013 and has since been exhibited worldwide in biennales including Istanbul, Sharjah, Kochi-Mizuris, Auckland, Aichi and solo presentations at MAXXI Rome, Musée d’Art Contemporain de Montréal, Williams College Museum of Art Massachusetts, Nikolaj Kunsthal Copenhagen and Palais de Tokyo Paris.
In 2013 she was the inaugural recipient of the Ian Potter Moving Image Commission, producing The Calling which has been shown at the Banff Centre, Basis Frankfurt and the National Gallery of Australia. Also that year Juliana Engberg commissioned her to produce a new work for the 19thBiennale of Sydney, The Ear of the Tyrant. Other major works include The Colour of Saying (2015), Relay League (2016); and Mother Tongue (2017).
Mesiti’s work is held in national and international collections including National Gallery of Australia, Museum of Contemporary Art Sydney, Art Gallery of New South Wales, Art Gallery of Western Australia, Queensland Art Gallery |GOMA, Monash University Museum of Art, FRAC Franche Compte France, Kadist Art Foundation San Francisco, Deutsche Bank and Art Bank.

Image credit: Kay Campbell
Juliana Engberg is a curator, writer, editor and designer. She is currently the Programme Director of the European Capital of Culture Aarhus 2017 in Denmark. She is the immediate past Artistic Director of the Australian Centre for Contemporary Art.  She was the Artistic Director of the 2014 Biennale of Sydney: You Imagine What You Desire and Artistic Director of the 1999 Melbourne International Biennial: Signs of Life and 1998 Adelaide Biennial: All This and Heaven Too (with Ewen McDonald).  In additional to Biennale work she has also been the curator of visual art projects for the major international Festivals: Melbourne, Edinburgh and Adelaide. She was curatorial advisor for the Australian presentations at the Venice Biennale 2007 and with curator, Charlotte Day, presented the ACCA Venice Pop-Up Projects at the Venice Biennale in 2011.  Juliana has held teaching positions at the University of Melbourne and RMIT University. She is a Professorial Fellow at Monash University and an adjunct professor of RMIT in the Faculty of Architecture and Urban Design.
Artistic Selection Process
An open call for artistic proposals was extended in October 2017, enabling all Australian artists and curators who met the published criteria to submit an EOI as part of a two stage process. The artistic team was selected by an independent Venice Selection Panel, made up of national and international members with expertise across the visual arts. This rigorous peer assessment process responded to published criteria, which included concept, professional achievement, viability and impact.
The Australia Council wishes to recognise and congratulate all the shortlisted teams who participated in this highly competitive process, including; Abdul Abdullah and Abdul-Rahman Abdullah, with curators Michael Dagostino and Dr. Mikala Tai Richard Bell, with curator Clothilde Bullen Mikala Dwyer and Justene Williams, with curators Susan Best and Ann Stephen Joyce Hinterding and David Haines, with curator Anna Davis Professor Morton said that Mesiti’s proposal was highly regarded by the selection panel and that they were looking forward to seeing the project realised in the Australian pavilion.
Pubblicato da Domenico Olivero a 21:05 Nessun commento: Link a questo post 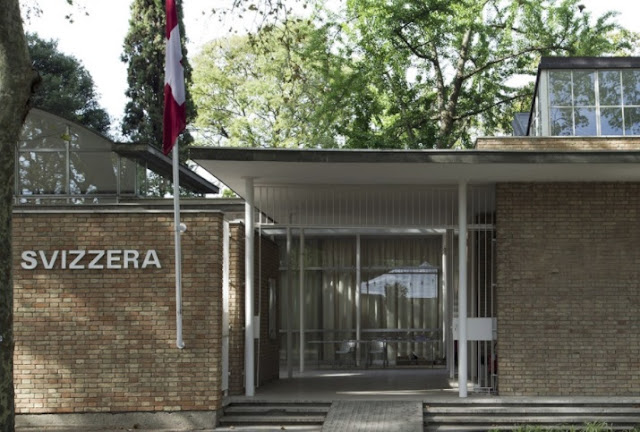