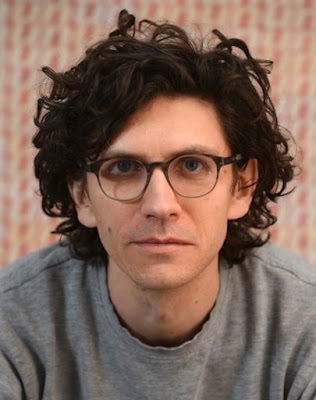 The Venice Biennale is one of the largest and most prestigious art exhibitions in the world. Wales has been represented since 2003 and for Cymru yn Fenis/Wales in Venice 2019, Sean Edwards’s presentation is led by Tŷ Pawb, Wrexham who will be working with international curator, Marie-Anne McQuay. This exhibition will be his most ambitious and emotionally resonant to date; a poetic enquiry into place, politics and class intertwined with personal histories.

Although known as a sculptor, Sean Edwards’s work also combines objects, film, video, photography, books and performance. Starting points are usually the things and places that have important personal connections. The artist’s proposal will see the creation of a major new body of work that will foreground his interest in social class and the everyday, influenced by his own experiences of growing up on a council estate on the outskirts of Cardiff in the 1980s.

Born in Cardiff in 1980, Sean Edwards graduated from Cardiff School of Art & Design before leaving to study at the Slade School of Fine Art. The artist then returned to Wales in 2005 where he has since contributed to the development of the Welsh artistic landscape through his own artistic practice and through supporting the development of emerging artists via artist-led space g39 and now as lecturer in Fine Art at Cardiff School of Art and Design.

Edwards has exhibited widely, nationally and internationally, and he is currently developing permanent public artworks with Future City, Cambridge and Studio Response, Cardiff. In 2014 he was awarded the Gold Medal in Fine Art at the National Eisteddfod and is also a former recipient of Arts Council of Wales’s Creative Wales Awards.

On being selected for Cymru yn Fenis/Wales in Venice, Sean Edwards commented:
"I am delighted to have been selected to represent Wales in Venice. I look forward to working with the outstanding team at Tŷ Pawb, independent producer Louise Hobson and again with curator Marie-Anne McQuay. To have the opportunity to produce the exhibition I proposed during the selection process is one thing in itself, to be able to do this under the banner of Cymru yn Fenis/Wales in Venice is an opportunity almost beyond belief."


Curator Marie-Anne McQuay, commented:
"After a long and productive curator-artist relationship here at Bluecoat, Liverpool's centre for the contemporary arts, and previously at Spike Island, Bristol, I am so pleased to be working with Sean Edwards once more and this time on something as prestigious as Cymru yn Fenis/Wales in Venice 2019. Edwards is one of Wales's and the UK's leading artists under forty and I know that he will realise an exhibition which will resonate in the contemporary moment. Our enduring partnership with Tŷ Pawb will also give the project depth and reach within Wales and beyond."


Phil George, Chair of Arts Council of Wales said:
"Arts Council of Wales is absolutely delighted at the prospect of working with Sean Edwards on Cymru yn Fenis / Wales in Venice 2019. Sean is a brilliant artist who will put Wales firmly on the map in this, the most prestigious of international festivals. His unique way of working will use provocations to examine themes that are important to him as an individual but that will also resonate with individuals and communities throughout Wales and the world."

The exhibition from Wales is commissioned and managed by Arts Council of Wales with support of grant in aid from the Welsh Government.
Pubblicato da Domenico Olivero a 09:59 Nessun commento: Link a questo post 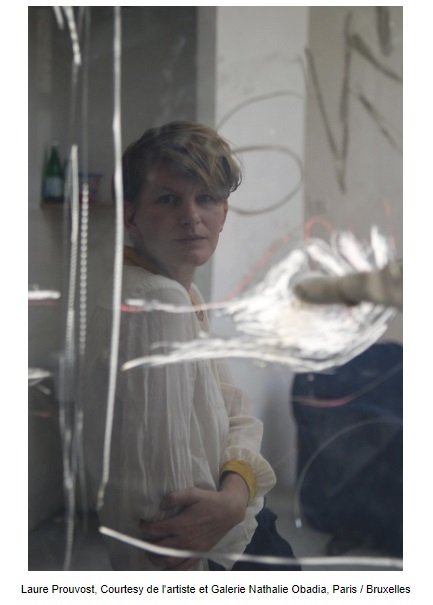 Born in Lille in 1978, Laure Prouvost lives and works in Antwerp. She was the recipient of the Max Mara Art Prize for Women in 2011 and the Turner Prize in 2013. A major solo exhibition, Ring, sing and drink for trespassing, will open at the Palais de Tokyo in Paris on 22 June. Galerie Nathalie Obadia presented her first solo show in a gallery in France, This is the visit, in 2014, followed by LOOKING AT YOU LOOKING AT US in 2017.

They Are Waiting for You at Walker Art Center, Minneapolis (2017) and Bass Museum, Miami (2018); GDM – Grand Dad’s Visitor Center at Hangar Bicocca, Milan (2016); ALL BEHIND, WE’LL GO DEEPER, DEEP DOWN AND SHE WILL SAY at Museum für Moderne Kunst, Frankfort (2016); We Will Go Far at musée d’art contemporain de Rochechouart (2015).
Pubblicato da Domenico Olivero a 21:52 Nessun commento: Link a questo post

In 2019 the Pavilion of Finland at the 58th Venice Biennale will host the Miracle Workers Collective (MWC). The MWC is formed and informed by artists, filmmakers, writers, intellectuals, performers, and activists.

“It is a great honour to work with and as a collective of intelligent and diligent individuals that make up the Miracle Workers Collective, in order to re-imagine The Finnish pavilion in Venice as a space of encounters and discourses, a space of negotiation and  reconciliation, a space for frictions and rehabilitation, a space in which aesthetics and ethics co-exist ”, says Curator Bonaventure Soh Bejeng Ndikung.

“The proposal brings in a fresh and innovative approach towards the art scene and cultural producers in Finland while addressing urgent global issues”, states the jury.

The exhibition in the Pavilion of Finland is commissioned and produced by Frame Contemporary Art Finland. Frame, an advocate for Finnish contemporary art, supports international initiatives, facilitates professional partnerships, and encourages critical development of the field through grants, visitor programme and residencies, seminars and talks, exhibition collaborations and network platforms.

The exhibition is supported by the Finnish Ministry of Education and Culture.

Bonaventure Soh Bejeng Ndikung is artistic director of SAVVY Contemporary, editor in chief of SAVVY Journal, guest curator of Dak’Art Biennale 2018, and guest professor at Staedelschule Frankfurt, inter alia. He was curator at large for documenta 14 in Athens and Kassel.

Outi Pieski (b.1973) is a Finnish-Saami visual artist from Utsjoki, the Saami area in northern Finland. In her practice there is often a strong connection between nature and the local culture. Her work combines Saami handicraft tradition of duodji and contemporary art to reopen conversations about the Saami people within Nordic discourses. After graduating from The Academy of Fine Arts, Helsinki, in 2000 Pieski has been exhibiting her work at the Southbank Centre in London (2017), facade of Helsinki Cathedral Chapel, Lux Helsinki (2017), Felleshus and Grimmuseum in Berlin (2015), Kristin Hjellegjerde Gallery in London (2014) and Gallery Korjaamo in Helsinki (2014) among several other venues. Pieski has made public art works in the Saami Parliament Houses both in Finland and Norway. She was Ars Fennica Award candidate (2015) and won the Fine Arts Academy of Finland award (2017).

Giovanna Esposito Yussif is a curator and researcher with background in art history, museology, and critical theory. In the past few years she has focused on collective models of inquiry, exercises of criticality, and processes of dissentient imaginations. She is co-founder of NÆS – Nomad Agency/Archive of Emergent Studies, a collective-connective research studio focusing on emergent and resilient dynamics of social organization, and is part of the collective committee of Rab-Rab Press. Giovanna has collaborated with diverse institutions such as Checkpoint Helsinki, Frame, HIAP, Laboratorio Arte Alameda, Sala de Arte Público Siqueiros, Galería OMR, SITAC, among others. She is currently on a curatorial fellowship at Manifesta Foundation.

Christopher Wessels is currently a curator with the Children’s Library Project at Åbo Akademi University. He is founding member of the Museum of Impossible Forms M{if} where he is also one of the Artistic Directors, and he is co-founder of Third Space (2014–2016), a collective of artists and curators in Helsinki. Wessels is also a Cinematographer with seven feature films under his belt. His artistic and curatorial practices look at the un-silencing of counter hegemonic narratives and the building of counter hegemonic institutions with anti-racist, anti-sexist and class consciousness at its foundations.

Lorenzo Sandoval works in the crossing points of artistic practice, curatorial processes and spatial design. He has exhibited internationally as well attended residencies in Denmark, Germany, Portugal and Kenya. He received curatorial prizes such as Inéditos 2011, Can Felipa and Nogueras Blanchard 2012. He won the prize ‘Generación 2017’ presented in Madrid and the grant ‘DKV- Álvarez Margaride’, for his solo show ‘Shadow Writing (Algorith /Quipu)’ at LABoral. He works in a regular basis with Savvy Contemporary. Since 2015, he runs the fictional institution ‘The Institute for Endotic Research’. His recent research deals with the connections between computation, textiles, photography and domesticity. 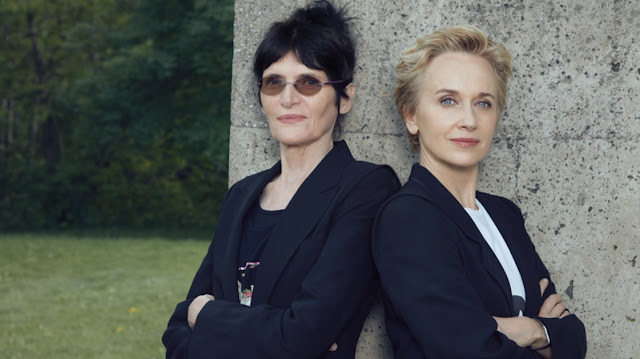 CS
The Minister for Culture, Heritage and the Gaeltacht, Josepha Madigan today announced the selection of artist, Eva Rothschild and Curator, Mary Cremin to represent Ireland at the 58th Venice Art Biennale in 2019.
The Minister for Culture, Heritage and the Gaeltacht, Josepha Madigan today, Monday 23rd April, announced the selection of artist, Eva Rothschild with Mary Cremin as curator to represent Ireland at the 58th Venice Art Biennale in 2019.
The Venice Arts Biennale is one of the most important international stages for the visual arts, attracting over half a million visitors. The selection of the team to represent Ireland was made following an open competitive process with international jury members. Ireland at Venice is a partnership initiative of Culture Ireland and the Arts Council.
The Minister for Culture, Heritage and the Gaeltacht, Josepha Madigan said “The Venice Biennale serves as a global showcase for artists and offers a prominent platform for Eva Rothschild as the selected Irish artist to engage with international audiences, curators and gallerists and increase international opportunities and awareness of our strong visual arts sector. I wish Eva and curator Mary Cremin every success in developing their exhibition for the Biennale”.
Eva Rothschild has proposed a pavilion that will build on current dialogues around notions of precarity, environmental change and the ongoing political instability - and how that impacts us personally. Through her use of materials and sculptures she will create an immersive environment that asks the audience to question what our role is as global citizens and how do we affect change in the current political stage.
Eva Rothschild; ‘I am delighted and honoured to have been chosen to represent Ireland at Venice 2019, I look forward to working closely with Mary Cremin and the team at Void to develop the pavilion. My intention is to make a sculptural environment which engages with current social changes through embodiment, presence and materiality. I want to create a situation that suggests multiple sculptural possibilities for rearrangement and reordering in which it becomes difficult to distinguish renewal from collapse’.
Commissioner/Curator for Ireland at Venice 2019, Mary Cremin, is Director, Void Gallery in Derry~Londonderry, which will be supporting the delivery of the exhibition. Cremin says, ‘Eva Rothschild is a significant artist of international and national importance.  I am very excited and honoured to be working with her on the Irish Pavilion for the Venice Biennale in 2019. We will be supported by the fantastic team at Void Gallery. This project will be one of Ireland’s most exciting and visually dynamic pavilions, highlighting the strength and diversity of Irish artistic practice and build on the existing reputation of Irish artists internationally’.
Pubblicato da Domenico Olivero a 08:45 Nessun commento: Link a questo post