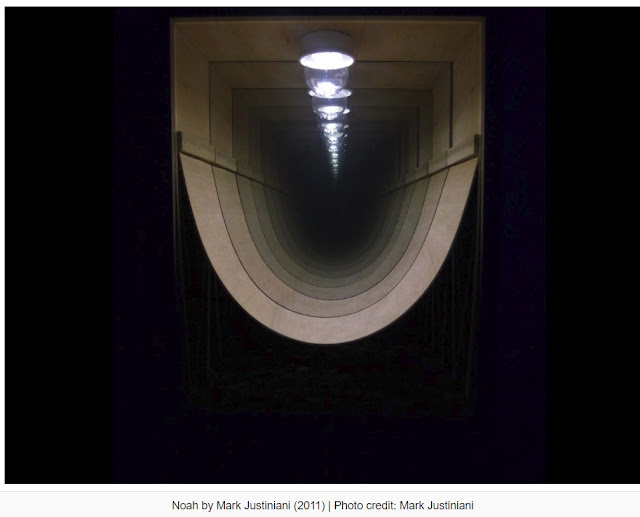 The Philippine Pavilion will present Island Weather curated by Tessa Maria Guazon at the 2019 Venice Art Biennale. The Pavilion features artist Mark Justiniani, who is known for his immersive large-scale installations and site-specific art.
The announcement was made by the National Commission for Culture and the Arts (NCCA), the Department of Foreign Affairs (DFA) and the Office of Senator Loren Legarda, the government agencies responsible for the Philippines’ participation in Venice.
Island Weather explores the myriad ways by which the island can be perceived and imagined: by evoking its geophysical characteristics, reflecting on how humans regard it as a place of origin, refuge, respite, or a location that may refer to the nation itself.
Three thematic approaches shape the exhibition: (1) Island Voyage alludes to travels and grand designs referencing lighthouses built during the colonial period and places that combine both fantasy and myth; (2) Local Forecast: Turbulent Weather gestures towards features of the lighthouse to construct an experience of viewing and being seen; and (3) Piers and Ports expands the artist’s investigation of vision and its role in the construction of truth.

Justiniani’s works to be presented at the Philippine Pavilion are informed by his long-standing interest in vision and optics, and the structures of space and time. Through these works, the artist is keen to redefine the aesthetic experience not only through form but by way of historical reference and reflections.
This speaks to his work with activist groups and artist initiatives in the 1980s and 90s, including Abay (Artist ng Bayan) and the collective Sanggawa (1994). From social realist leanings to magical realist strains, his practice has evolved and grown into multi-media configurations that seek to explore the nature and reality of perception.
Justiniani received the CCP Thirteen Artists grant in 1994. He has held numerous solo and group exhibitions in the Philippines and abroad.
About the Curator
Tessa Maria Guazon is a curator and Assistant Professor at the Department of Art Studies, UP Diliman. Her research and curatorial interests span contemporary art and the public sphere, art production, and cultural programs in Asian cities, and developing a research-driven and art historically informed curatorial practice. She is the principal researcher for Manila of the Southeast Asia Neighborhoods project for the Urban Knowledge Network Asia and the International Institute of Asian Studies, Leiden (2017-2020), as well as the coordinator for exhibitions and curatorial analysis of the Philippine Contemporary Art Network, University of the Philippines (UP) Vargas Museum.
Her recent curatorial projects include: Lawas,site-specific art projects in UP  Diliman, and Consonant Forms, Resonant Practice: Women Winners of the Philippine Art Awards and the ASEAN Art Awards at the Yuchengco Museum, both in 2018; and Plying the Seas, Divining the Skies at the Kuandu Museum of Art, Taipei in 2017.
Open Call Deliberations
A panel of jurors deliberated on the submitted curatorial proposals last July 20, 2018 at the NCCA Building in Intramuros, Manila. The open call for curatorial proposals was launched on January 17, 2018 with a deadline set on May 24, 2018. The Philippine Arts in Venice Biennale (PAVB) Coordinating Committee received a total of 12 proposals.
The jury was composed of NCCA Chairman Virgilio S. Almario, Dr. Apinan Poshyananda, Dr. June Yap, Imelda Cajipe-Endaya, and Senator Loren Legarda, the principal advocate of the project.
Almario, National Artist for Literature, is the Chairman of the NCCA and the Chairman of the Komisyon sa Wikang Filipino (KWF) and is a prolific writer and critic.
Poshyananda is the Artistic Director of the Bangkok Art Biennale.  He has curated in various international exhibitions including the Asia-Pacific Triennale, Istanbul Biennale, Johannesburg Biennale, Sao Paulo Biennale, Sydney Biennale, and Venice Biennale.
Yap is the Curatorial Director of Singapore Art Museum and the former Guggenheim UBS MAP Curator, South and Southeast Asia.
Endaya has gained recognition in contemporary art for her works focused on identity, gender, race, nation, migration, displacement, and globalization.
Legarda, a three-term senator who chairs the Senate Committees on Finance, Foreign Relations, and Climate Change, is a staunch advocate of the arts and culture.
58th Venice Art Biennale
For the 58th International Art Exhibition (2019), the Board of La Biennale di Venezia has appointed Ralph Rugoff as the curator. Rugoff has been the Director of the Hayward Gallery of London since 2006. Recently, La Biennale di Venezia announced that the58th International Art Exhibition will be titled May You Live in Interesting Times, a phrase of English invention that has long been mistakenly cited as an ancient Chinese curse that invokes periods of uncertainty, crisis and turmoil; “interesting times”, exactly as the ones we live in today.
The Philippine Pavilion in Venice will open to the public on May 11, 2019 and will run until November 24, 2019.
Pubblicato da Domenico Olivero a 20:27 Nessun commento: Link a questo post 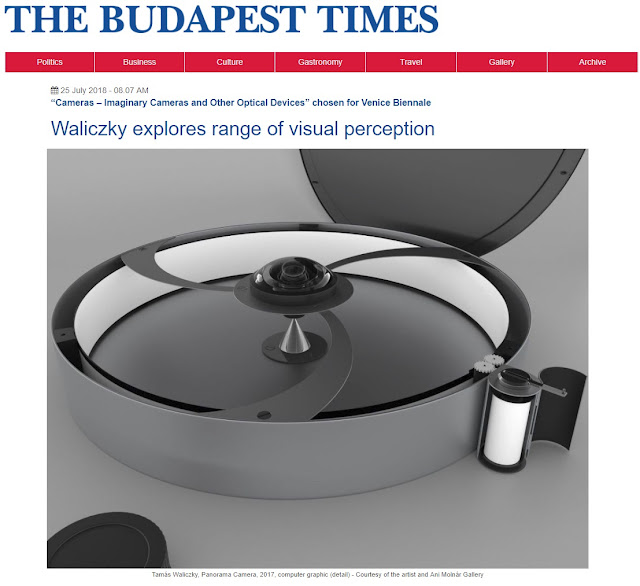 Sarà Tamás Waliczky ad allestire il Padiglione dell'Ungheria, come ci segnala il Budapest Times : "Waliczky’s “Cameras” exhibition, which was submitted for the Hungarian Pavilion at the Venice Biennale, explores the wide range of possibilities of visual perception. The title refers to imaginary cameras, which Waliczky began designing in 2016, and it also touches on the fact that cameras affect our lives in an array of complex and sometimes almost unnoticeable ways... 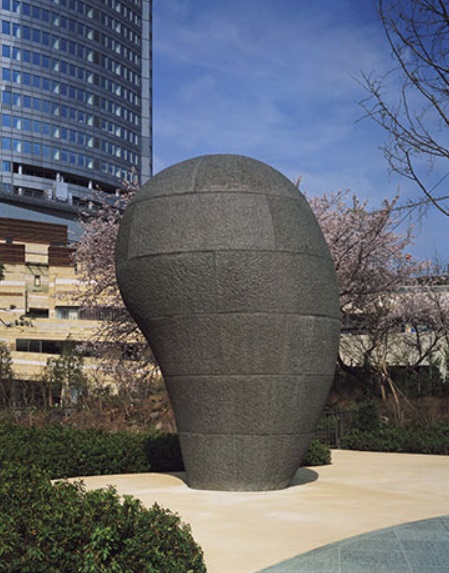