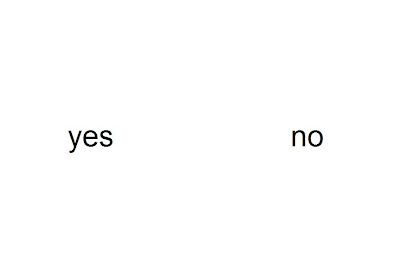 
The artist Dora García has been selected by Katya García-Antón, curator for the Spanish Pavilion, to represent Spain in the 54th International Art Exhibition, which will run from the 4th of June to the 27th November 2011.

After several months of research, Katya García-Antón has chosen the artist Dora García to develop the project that will represent Spain at the 54th International Art Exhibition, one of the most prestigious events in the international arts calendar.

In the words of the curator: “The Venice Biennale, and in particular the National pavilions in the Giardini, represent a very unique exhibition context. Given its geopolitical architecture, its history and present, as well as the waves of professional and non-professional consumerism which convene there, the Giardini (and, by extension, the Biennale) represent a complex scenario in which to present and receive works of art. Dora Garcia is an artist who is interested in analyzing the paradigms and conventions of art, and who has frequently challenged notions of power and the way in which it operates. Her work is also directed at demystifying the relationship between artist and audience, and using fiction to question the ethical and moral elements of this relationship. Each work allows the artist to experiment, interfere, distort and play with the visitor’s expectations, forcing each and every one to question the objective of the project, the role that s/he plays in it, and consequently reconsider the world of art and the rules of the game. These factors, and many others, point to why Dora Garcia is an artist who will know how to navigate the special context of the Biennale, combining in the work she will present her intellectual acuity with a characteristic dose of black humour.”

Katya García-Antón is the director of the Centre d’Art Contemporain in Geneva, one of the most prestigious Swiss institutions dedicated to contemporary visual arts. Graduated in Art History at The Courtauld Institute of Art, London, she has worked at important international institutions including: MNCARS, Museo Nacional Centro de Arte Reina Sofía, Madrid; the Museum of Arte Moderna of São Paulo, Brasil; ICA, Institute of Contemporary Art, London, and IKON, Birmingham, United Kingdom. She curated one of the sections of the 2nd Prague Biennale (Prague, 2005) as well as the Spanish representation at the 26th São Paulo Biennale (2004). She has organized and curated over 50 exhibitions featuring both artists who have played a pivotal role in the history of 20th century art –Tony Cragg, On Kawara, Yves Klein and Joan Jonas, among others – as well as more recent exponents –Francis Alys, Ernesto Neto, Jean- Luc Moulène, Fernando Sánchez Castillo, or Gillian Wearing. She has formed part of the editorial council of Third Text magazine, which is dedicated to art in developing nations, and she has been an art critic for BBC World Service, in addition to contributing to numerous catalogues and monographs.