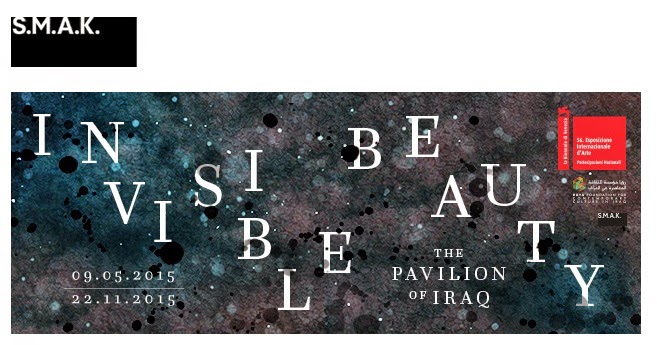 The Ruya Foundation for Contemporary Culture in Iraq (Ruya) is pleased to announce its plans for the National Pavilion of Iraq at the 56th Venice Biennale in May 2015. The exhibition, Invisible Beauty, will be curated by Philippe Van Cauteren, Artistic Director of S.M.A.K. (Museum for Contemporary Art). It will feature five contemporary Iraqi artists, two generations of Iraqi photographers, in the shape of Latif Al Ani and Akam Shex Hadi, visual artist Rabab Ghazoul, ceramicist and sculptor Salam Atta Sabri and painter Haider Jabbar. The exhibition will include new works that have been produced specifically for the exhibition as well as works that have been rediscovered after long periods of inattention.

TRACES OF SURVIVAL: Drawings by Refugees in Iraq selected by Ai Weiwei

The exhibition will also be accompanied by a display of drawings made by refugees in northern Iraq. World renowned artist Ai Weiwei has selected a number of these drawings for a major publication that will launch at the Biennale, TRACES OF SURVIVAL: Drawings by Refugees in Iraq selected by Ai Weiwei.

RUYA hosted a talk on art in Iraq at Art Dubai last week, to announce the artists selected for theNational Pavilion of Iraq at the 56th Venice Biennale and as well as shed light on the state of the arts in Iraq today.
Curator Philippe Van Cauteren introduced the theme of this year’s Pavilion, Invisible Beauty. The theme reflects on unusual or unexpected elements in the selected artists’ work, as well as the invisibility of Iraqi artists on the international stage. RUYA’s Reem Shather Kubba and Tamara Chalabi speak with curator Philippe Van Cauteren at Art Dubai
“Seeing the conditions of the city of Baghdad, and its institutions, we had to approach the notion of contemporary art differently,” he explained.
Van Cauteren also announced the selected artists for this year’s show, photographers Latif Al Ani and Akam Shex Hadi, visual artist Rabab Ghazoul, ceramicist and sculptor Salam Atta Sabri and painter Haider Jabbar, who currently has a year long residency in Samsun, Turkey, supported by RUYA.
All of these artists, he argues, “take a position on their own identity, through documenting, creating inventories or stocking up experiences together”.
“Last year we focused on artists from inside Iraq,” said Reem Shather-Kubba, “this year we want to create a dialogue between artists in Iraq and the diaspora.”
When asked about his trip to Iraq, Van Cauteren described it as a “reality check”. “As a curator,” he explained, “it grounds you and makes you reflect on what art means and should be”.
Van Cauteren hopes to curate an exhibition of international artists in Baghdad in the near future, as part of RUYA’s mission to build cultural bridges between Iraq and the world.
RUYA co-founders Reem Shather-Kubba, Tamara Chalabi and Shwan Taha spoke about the impact and challenges of supporting the arts from within Iraq.
As well as the logistical problems, such as transporting works or securing visas for curators and the artists, they explained that the cultural scene is still recovering from decades of conflict and trauma.
Highlighting the effects of an art scene that was largely state-driven until now, Tamara Chalabi said, “Art is a form of self-expression, but often, artists in Iraq do not do that. They are preoccupied with form and color, there is an implicit and often unconscious self censorship ”.
This became apparent during RUYA’s studio visits in Baghdad, where Philippe met and mentored artists, including those not selected for the Biennale.
Chalabi also displayed examples of street art, such as murals on blast walls and other attempts to beautify the city of Baghdad.
RUYA also announced their collaboration with Ai Weiwei on a major publication, Traces of Survival: Drawings by Refugees in Iraq Selected by Ai Weiwei. In December 2014 Ruya launched a campaign to provide drawing materials to adult men and women in refugee camps in northern Iraq. All 546 submissions, including drawings, poetry and prose, will go on display at the Pavilion and the publication will launch at the Biennale. 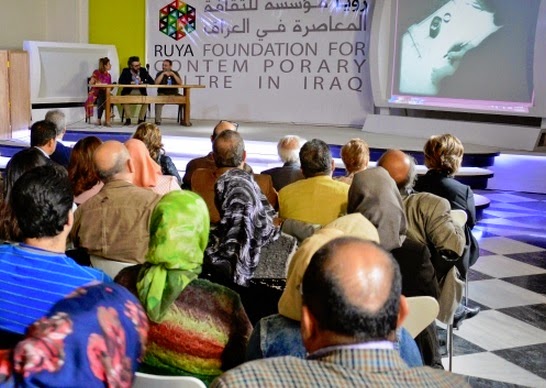 On 7 May 2015, as part of its programme for the National Pavilion of Iraq at the 56th Venice Biennale, RUYA is hosting a panel discussion on art, conflict and Iraq.
The panel will examine the role of art in conflict, and the ways in which artists’ contributions to this subject can be an effective element of change. Among the questions to be raised are:
The panel speakers are:
Lamia Al-Gailani Werr, leading archeologist who has written extensively on Iraqi archeology and cultural heritage, based at UCL, London.
Charles Tripp, Professor of Politics at SOAS, London and author of A History of Iraq (2008) among others. He is a member Culture+Conflict, a UK based NGO.
Justine Hardy, author and trauma psychologist who founded the groundbreaking mental health project Healing Kashmir.
Kader Attia, French-Algerian artist who focuses on the aesthetics and ethics of different cultures, as well as the theme of reparation. He has appeared at international exhibitions like DOCUMENTA (2012).
Giles Keppel, political scientist and specialist of contemporary Middle Eastern politics, and author of The War for Muslim Minds: Islam and the West (2004).
Tamara Chalabi, historian and author, and chairman of Ruya Foundation that commissioned theNational Pavilion of Iraq at the Venice Biennale in both 2013 and 2015.
Philippe Van Cauteren, Artistic Director of S.M.A.K, Ghent and curator of the National Pavilion of Iraq at the 56th Venice Biennale.
Date: 7 May 2015


Please note that places at the panel are limited so booking is essential.
To request a place on the talk, please contact: RSVP@ruyafoundation.org
Pubblicato da Domenico Olivero a 00:30