The Icelandic Art Center (IAC), in cooperation with the Ministry of Education, Science and Culture of Iceland, is proud to announce THE MOSQUE: The First Mosque in the Historic City of Venice, as its national pavilion at the 56th International Art Exhibition – La Biennale di Venezia. 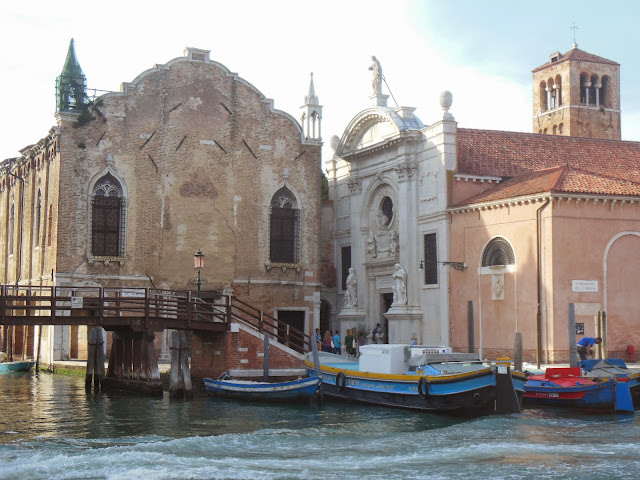 Initiated by artist Christoph Büchel, working in collaboration with the Muslim Communities of Venice and Iceland, and curated by Nina Magnúsdóttir,THE MOSQUE will engage the many thousands of Muslim residents of Venice who come from 29 different nations, and welcome Venetian residents as well as tourists, including the thousands of Muslim travelers to Venice annually. THE MOSQUE will be installed in the historic church of Santa Maria della Misericordia in the Cannaregio sestiere. This structure dates to the 10th century and was restored in 1864, but has been closed for over forty years. For the full seven months of the Biennale,THE MOSQUE will serve as a place of activity for the Venice Muslim Community and will offer an ongoing schedule of educational and cultural programs available to the general public. 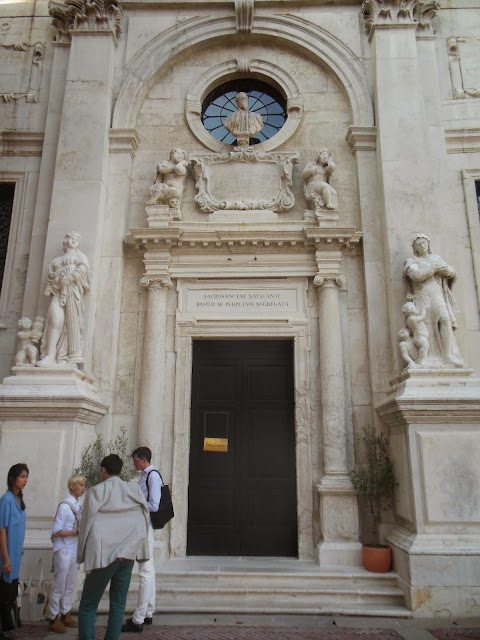 THE MOSQUE will be open to visitors beginning 9 May 2015.

Christoph Büchel has anchored the concept for THE MOSQUE in both the historical context of Islamic culture’s profound influence on the City of Venice, and the socio-political implications of contemporary global migration. Enriched for centuries by trade with the East and shaped by Arabic art, architecture, and language, Venice was home to a Muslim prayer room (though not a mosque), established in 1621 in a space inside the 13th century palazzo today known as the Fondaco dei Turchi. Nevertheless and in spite of its inextricable links to the Muslim world, the City of Venice has to this day never permitted the establishment of a mosque in its historic center. The Cannaregio site ofTHE MOSQUE is adjacent to a section of the historic city known as the Jewish Ghetto, where longstanding political restrictions on Jewish rights and residences were instituted into law in 1516 – and subsequently applied also to Muslim merchants worshipping in Venice in the 17th century and living segregated from the rest of the city’s people. In fact, the modern English language term ghetto comes from the Venetian word “ghèto,” for the slag that was stored in a foundry in this district of the city.
The creation of mosques is a source of contention today in locations around the globe. As the Venice Biennale contribution of Iceland, a country with one of the lowest immigration rates in the Western world,THE MOSQUE also creates a reference point specifically for the Muslim Community of Reykjavik. The Iceland Muslim Community is gradually becoming a part of the social fabric there, and after twelve years of political debate and media controversy, is finally preparing to construct the first purpose-built mosque in the history of the nation’s capital.

With these events as its backdrop,THE MOSQUE draws attention to the political institutionalization of segregation and prejudice, and to settlement policies that lie at the heart of global ethnic and religious conflicts today.

Illugi Gunnarsson, Minister of Education, Science and Culture of Iceland, said “From the beginning of the settlement of Iceland in the 9th century, to well into the 20th century, the Icelandic nation was a homogeneous people, living off the natural resources of the country in a harsh environment in the North Atlantic. In recent decades Iceland has been enriched by immigration from all over the world, stimulating a creative dialogue on various issues, based on the religious tolerance upon which our society puts great emphasis. The Muslim Community in Iceland is an important voice in this dialogue, and it is my hope that the Icelandic contribution of THE MOSQUE to La Biennale di Venezia 56th International Art Exhibition, initiated by Christoph Büchel, will be a positive contribution to this dialogue on the international stage.”

Mohammed Amin Al Ahdab, President of the Muslim Community of Venice, commented, “Recently, several encouraging signs of openness and understanding have come from the government of our city, from local authorities both civic and religious. But through its depth, truth, and wisdom, the Biennale project of our Icelandic friends is the greatest indicator thus far that a bright new page can be written into the history of the City of Venice through a new form of art – art that is not limited to painting and sculpture only, art that needs today all the way, the art of dialogue.”

At the Cannaregio church site of THE MOSQUE visitors will find the physical attributes of Muslim worship – the qibla wall, the mihrab, the minbar, and the large prayer carpet oriented in direction of Mecca – juxtaposed with the existing Catholic architecture of the Church of Santa Maria della Misericordia in a visual analog for the layering of history, religion, and culture that gives rise to both progress and conflict.

The City of Venice was the Mediterranean center of trade from the 13th century to the 15th century, when the Sultanate of the Ottoman Empire was establishing its presence. Complex religious and political issues dominated Venetian history, requiring the City to perform a cultural balancing act between East and West. The ongoing and diverse patterns of commercial and cultural interaction between Venice and the East rendered it the trading capital of the world for centuries – and the tourist attraction it is today. Evidence of Islamic influence is everywhere in Venice: The city’s unique and famous architecture is an amalgam of Occidental and Oriental styles. Venetian dialect is rich with Arabic words and inflections. The first mechanically printed Arabic Quran was published in Venice in 1537-38; the only remaining original resides in the city today.
THE MOSQUE draws attention to issues that connect Venice and Iceland and shape dialogue about their respective futures. Venetian problems such as the commodification of culture, complete saturation by tourists, and an ongoing depopulation of native Venetians that threatens to reduce the city to stasis, find parallels in Iceland via exponential increases in tourism, the commercialization and exploitation of nature, and low immigration rates.

THE MOSQUE is committed to encouraging mutual support between the Muslim Communities of Venice and Iceland. Its schedule of programs will include classes in the Icelandic language, and THE MOSQUE will provide information useful to Venice-based residents interested in immigration to Iceland.

Throughout the Biennale di Venezia,THE MOSQUE will invite the public, including the citizens of Iceland, to reflect upon the different cultural, historical, and sociopolitical systems defining the contemporary world, and encourage conversation about the opportunities and challenges presented when these diverge. THE MOSQUE is a manifestation of the layering of cultures and ideas that has shaped Venice and, more broadly, given rise to some of the most urgent societal questions of our contemporary age.

“We are proud to support THE MOSQUE, Iceland’s contribution to the Biennale,” said Sverrir Agnarsson, President of the Muslim Community of Iceland. “It is particularly fitting that this project coincides with the campaign to construct the first mosque in Reykjavik. In the past, prejudice and political pressures in both Iceland and Italy made it impossible to imagine mosques in either place. But today, just as the Icelandic initiative in Venice takes shape, the Muslim Community of Iceland is conducting a design competition among some of Europe’s foremost architects and moving forward with creation of the first mosque in the northernmost capital of the world. It is our hope that – InshaAllah – projects such as these will lead to flourishing activities among Muslims internationally, and to greater, more fulfilling, peace-loving interaction between all of us in Venice, Reykjavik, and cities everywhere.”

THE MOSQUE: The First Mosque in the Historic City of Venice has been made possible by the Icelandic Ministry of Education, Science and Culture. Additional support for the project has been provided by Juan Carlos Verme and Joel Yoss, Hauser & Wirth, Ingunn Wernersdóttir, Promote Iceland, and Pro Helvetia. 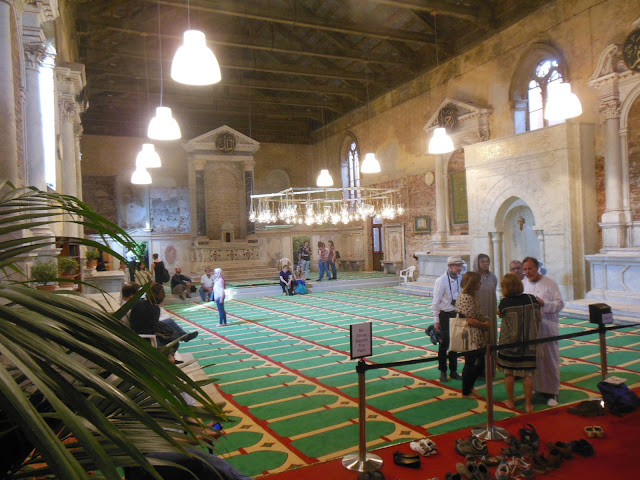 About the Artist
Born in Basel, Switzerland in 1966, Christoph Büchel is recognized internationally for his conceptual projects and complex large-scale installations. Büchel often draws upon current events and politics, re-appropriating mass media sources and everyday life situations. His precise representations of reality seem to be more real than reality itself. Often the world he creates is fully functioning, and visitors forget that they are in an art installation, physically projected into other contexts and community settings that make up the contemporary world. These lifelike installations, which often also involve interaction and dialogue with specific communities, are often meticulous constructions that mirror the inner workings and hierarchies of advanced capitalist societies, contexts we pretend not to see or consciously refuse to acknowledge.

In Büchel’s work, complexity is found in the elaborate detail developed for each project. A hallmark of the artist’s work is layers of social and political commentary. Büchel locates contradictions and social inequities in the ideological forces dominating society today and finds a way, through his art, to demystify and resist these forces by revealing them as constructed realities subject to change.

About the Icelandic Arts Center
Based in Reykjavik, the Icelandic Arts Center (IAC) is dedicated to promoting Icelandic visual arts internationally. Affiliated with Iceland’s Ministry of Education, Science and Culture, the IAC strengthens networks between its nation’s visual arts scene and the global cultural sphere. It assists Icelandic artists and arts professionals in realizing projects through funding and logistical assistance, and facilitates cooperation with public and private associations, organizations, and enterprises worldwide.

The Icelandic Art Center (IAC) is Commissioner of the Icelandic Pavilion of the International Art Exhibition La Biennale di Venezia.

Public Information
Information about programs of THE MOSQUE will be available online at www.mosque.isafter 8 May 2015. 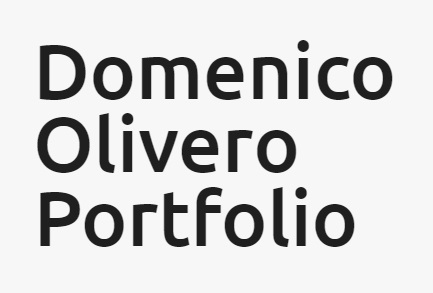